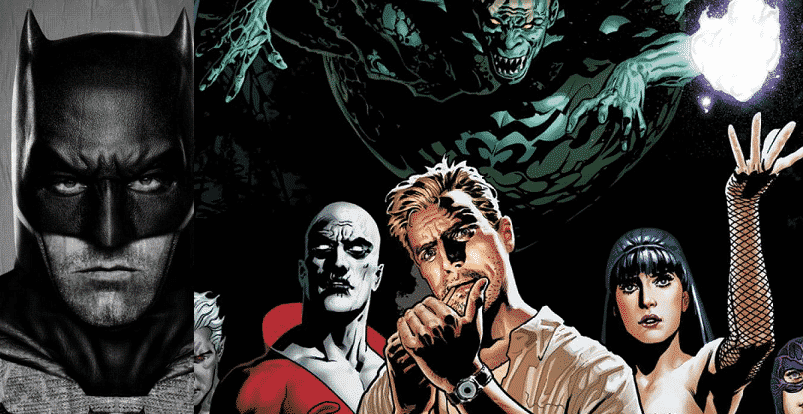 In June 2016, it was announced that an animated film for the members of the Justice League Dark was in the works. The following month, more details were revealed at the recently concluded San Diego Comic-Con, including the participation of the world’s most famous English demon hunter John Constantine and plant elemental/humanoid Swamp Thing. Other members of the Justice League Dark such as Deadman, Black Orchid, Etrigan, and real magician Zatanna will also make an appearance.

When the first trailer for Justice League Dark was released, it seemed like the Batman himself would be joining the fight against creatures of the night. What Batman would contribute to the team given the fact that he neither has superpowers nor supernatural abilities to suppress demons is unknown, but seeing him there was quite interesting to say the least. After all, Batman has always emerged victorious against overwhelming odds; even when he’s faced with the Big Blue himself.

Check out the trailer for the Justice League Dark below:

Batman’s appearance could mean two things: first, it could be a fan service to people who love crossovers. Crossovers are always talked about in forums, even for fictional characters that belong to different worlds. For example, Superman and The Hulk have always been the topic of debate. Some think that Superman would win easily, while others beg to differ. Some fanfiction crossovers even go as crazy asking whom will win between Harry Potter and Percy Jackson. In the world of Game of Thrones, the same is happening. In this infographic, the author puts the characters of Game of Thrones in the environment of the Hunger Games and thinks about who might be the last team standing. It’s crossovers like these that fans love so much that makes film directors deviate from original comic book stories.

Another theory as to why Batman was included in this animated film is because the director wants the movie to appeal to the mainstream audience. After all, not everyone is familiar with Deadman and Madame Xanadu. But the mainstream is aware of Batman.

Whatever their reason for putting Batman in the film, the trailer looks interesting! DC Comics makes really good animated movies, and The Killing Joke is proof of that. Justice League Dark is something that fans of DC Comics can look forward to.