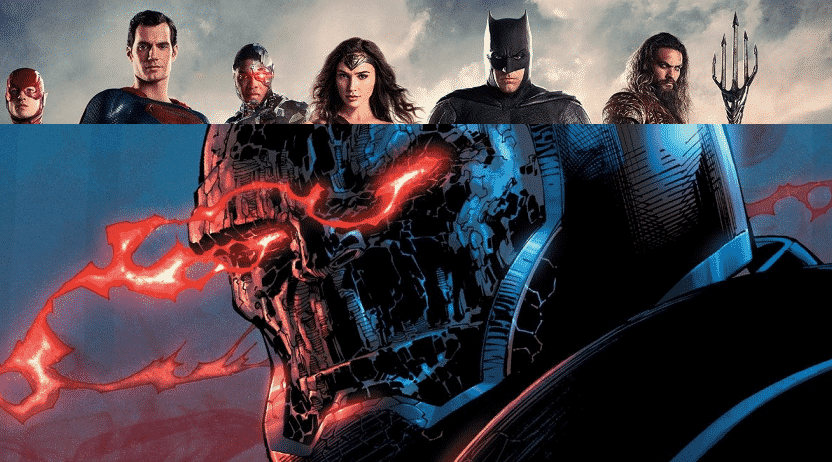 DC bad guys don’t come much bigger than Darkseid, and with that now-infamous dream sequence from BvS saturated with references (Omega symbols, Paradaemons etc…) that tease his arrival in the The DC Extended Universe, it was naturally assumed that we’d be seeing a live-action version of the Super Villain as the primary antagonist in next year’s ‘Justice League’ film. Well, a rumor that’s now made its way onto the Internet this week is suggesting we might well be waiting a while longer before we see the Mad Tyrant facing off against ‘The Seven’.

The first supporting evidence behind this came back in June, when members of the press were allowed access to filming that was taking place on the set of the ‘Justice League’ movie. Producers confirmed that the main villain would in fact actually be Steppenwolf, and reporters were shown costumes and promotional art depicting the new character in all its glory. Still, Steppenwolf is Darkseid’s uncle, right? So he’s most likely carrying out a string of mysterious abductions (including Cyborg’s father) on behalf of Darkseid, so surely we’ll still be seeing some Omega-Beam action taking place? Maybe not, according to a new rumor from 4Chan:

Darkseid could potentially be saved for JL 3, having more background development in other movies for New Gods and Apokolips. New Gods property being heavily eyed as a film.

The suggestion is that Darkseid is simply too valuable a property to just slot straight into the DCEU, and the studio want to hold off and tease him as long as they can, prior to eventually introducing him. This is no surprise to anybody who’s read the character’s backstory, which plays out like an interplanetary ‘Game Of Thrones’. Amidst a backdrop of two neighboring planets locked in an unending war, the story see’s the villain as a prince in a noble family. When his brother attempts to seize power, Darkseid exploits this, and goes on to murder his way to becoming ruler of his planet, before having to engage in a series of political marriages and exchanges of offspring in order to broker an uneasy truce with his opponents.

The ‘New Gods’ canon is immense, dating back to its comic book introduction back in 1970. Featuring a blend of science and black magic, intergalactic travel, interplanetary conflict and Royal Houses, it’s believed that DC are keen to explore the possibility of an entirely new franchise. This would involve either an ‘Origins’ TV series, charting Darkseid’s eventual descent into madness, or a separate standalone movie, prior to his clash with the Justice League.

After all, when you look to include Darkseid, you open the door to a whole host of other DC favorites, including Highfather, Big Barda, Granny Goodness and the other various inhabitants of Apokolips and New Genesis.

If DC are slowly coming to learn anything from this year’s critical savaging, it’s that they can’t afford to cut corners with character development, so it would make both financial and creative sense to find a new way to introduce the character rather than just creating the DC version of Thanos.

Darkseid has already featured heavily in previous DC work, saturating their animated offerings, and being the basis of Smallville’s pivotal tenth season. His obsession with eliminating all free-will in the universe via the fabled ‘anti-life equation’ is a massive concept, and so maybe it is the right way for DC to go, utilizing other big properties such as Brainiac or Vandal Savage for the Justice League to cut their teeth on, prior to meeting Darkseid a few more years down the line.

Only time will tell. As always, we’ll make sure we keep you posted!