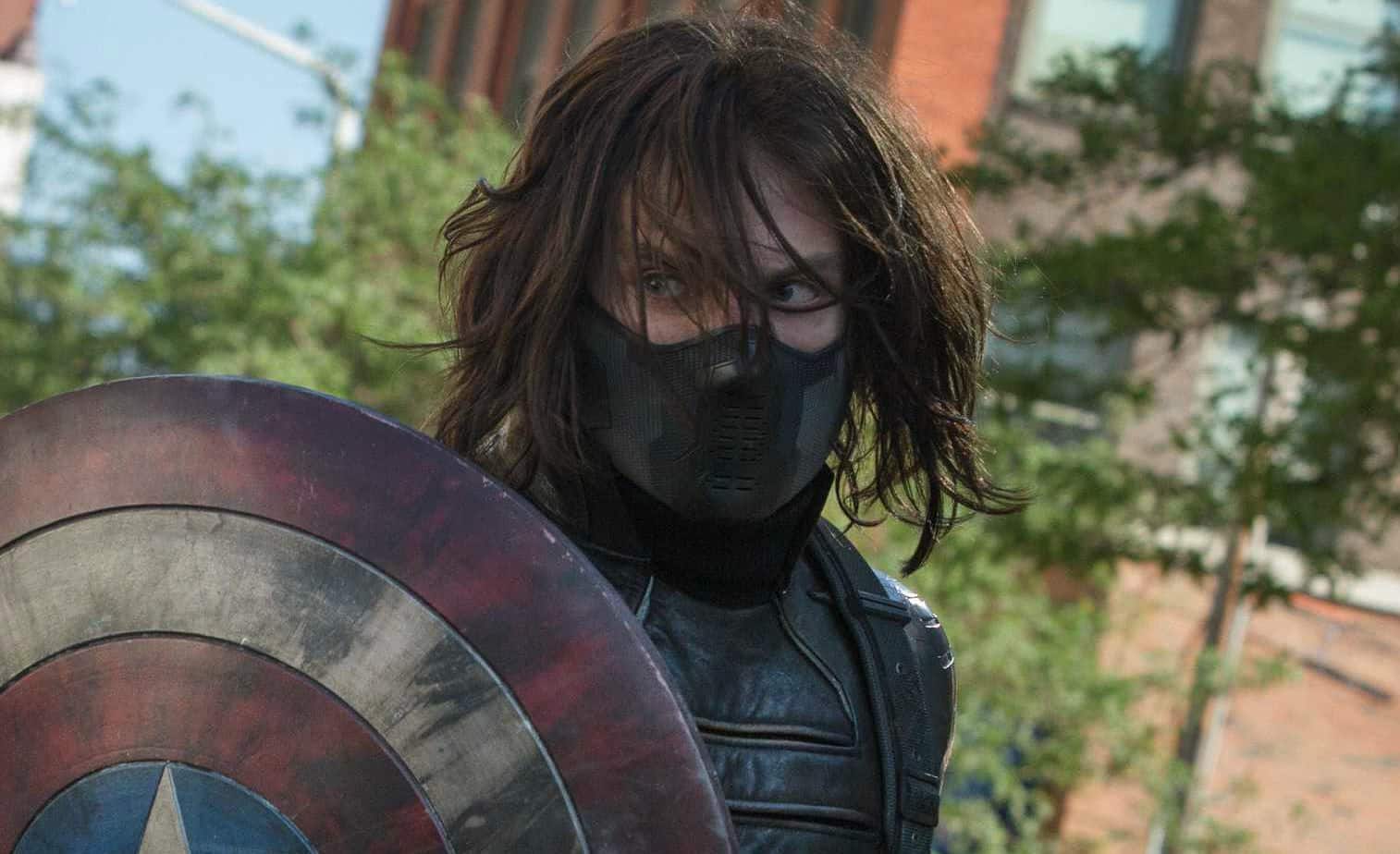 If you are familiar with anything Captain America, you  know that the mantel will be passed eventually and it actually looks like pretty soon. It was officially announced by the directors of Infinity War and Civil War that, yes, Steve Rogers will be putting down the shield, figuratively and literally. In the comics, when Cap actually dies, the title is shared by not only The Falcon, but Bucky Barnes as well.

Let’s all think about that for a second, who else would be perfectly suited for the position? After Winter Soldier and the bond that was formed in Civil War, Bucky would perfect to slide right into the roll. And come to find out… There is some awesome fan art from the bad asses over at Boss Logic sporting Bucky with the good ole red, white and blue!

There are three different takes on the look. The first one being more like Cap himself, the second a little too open to the air and the third doing a little throw back to the original Winter Soldier.

BossLogic went ahead and designed what he thinks that would look like: 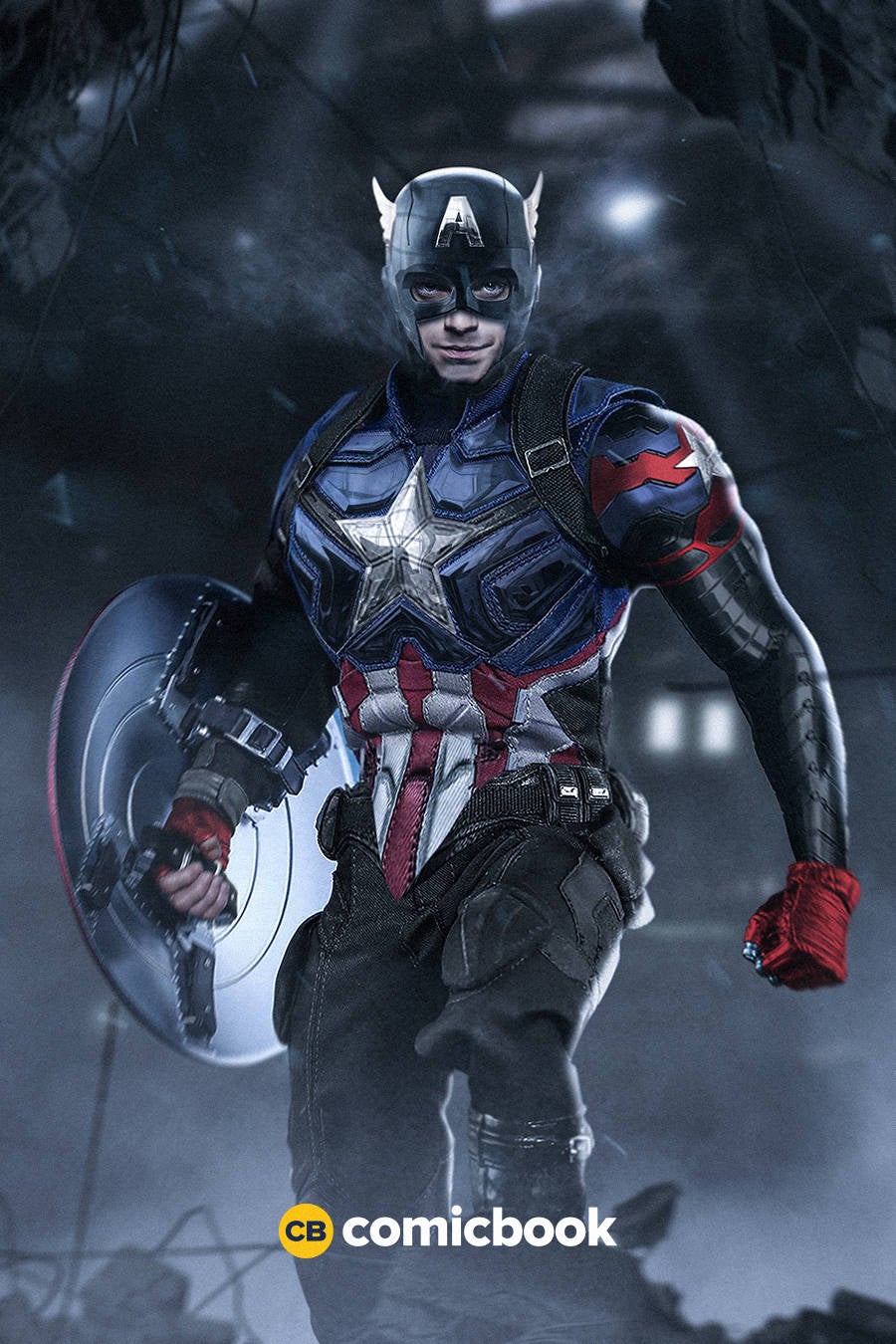 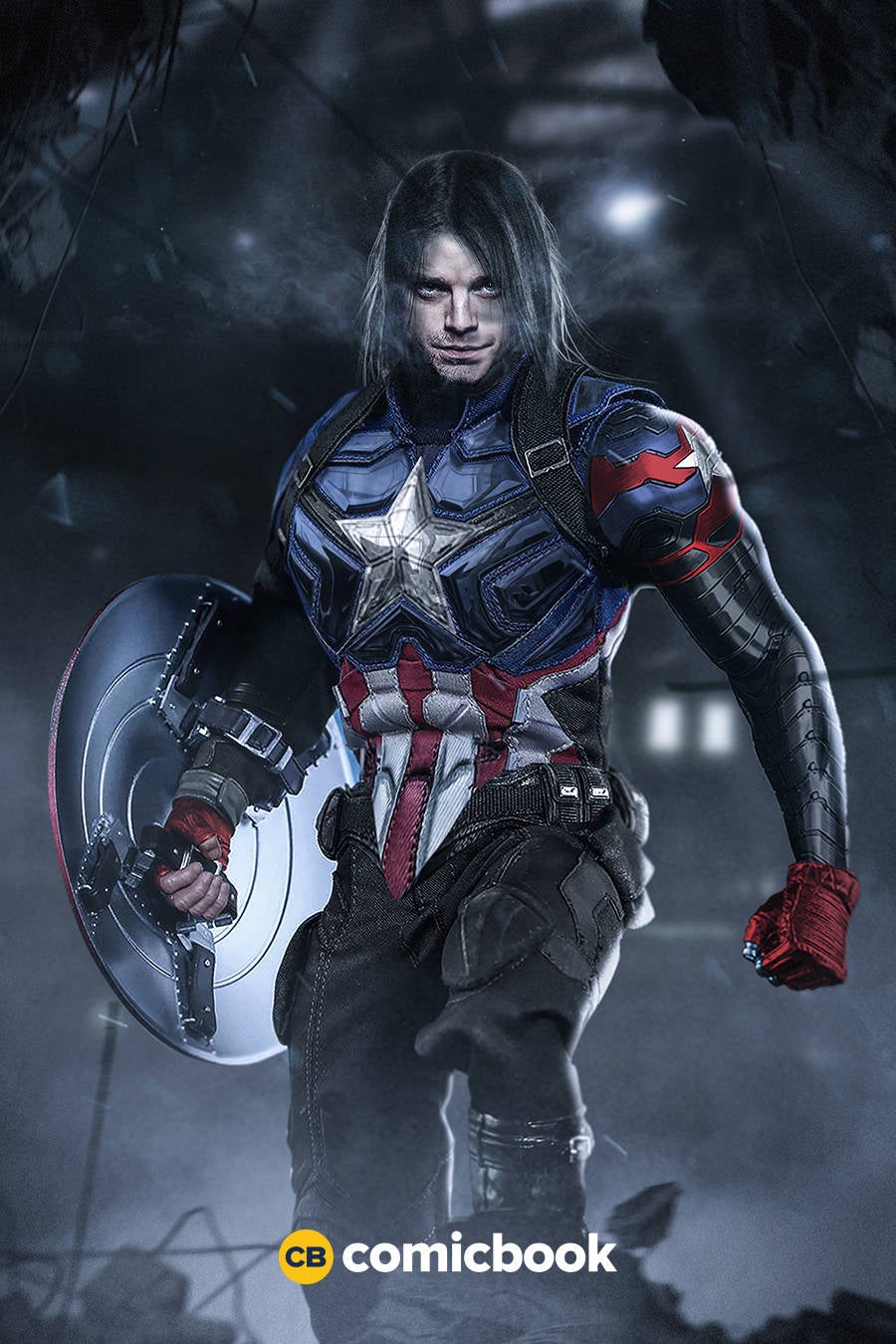 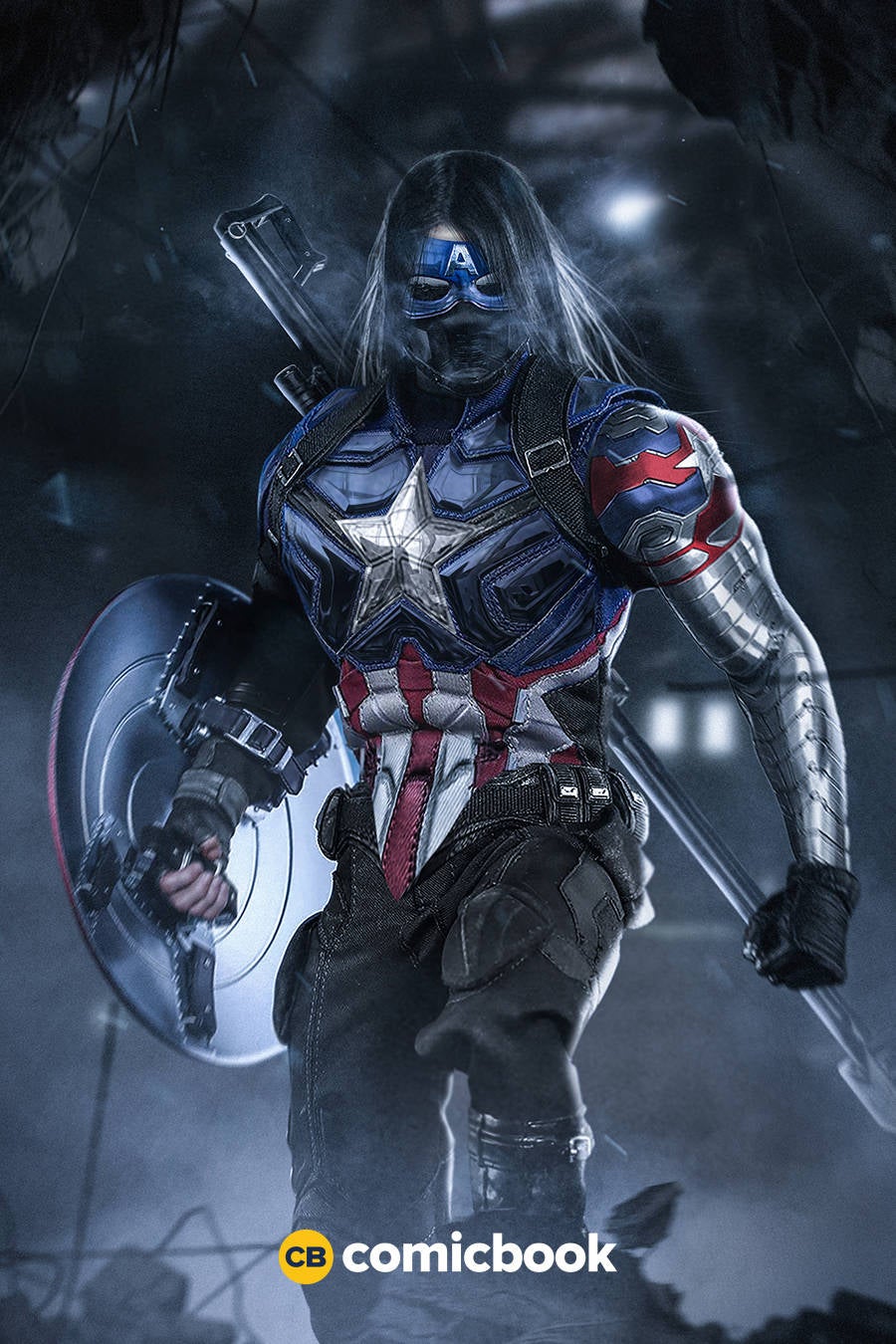 With all this speculation, one thing holds true. We all saw Cap drop the shield after his epic fight with Tony Stark but no one saw him pick it up. After all the speculation, The Russo Brothers have confirmed that Steve Rogers will be relinquishing the Cap title.

“I think him dropping the shield is him letting go of that identity. [It’s] him admitting that certainly the identity of Captain America was in conflict with the the very personal choice he was making.”

But don’t count Steve Rogers completely out. It’s not like he is completely leaving the MCU. Writer Christopher Markus hinted that Rogers will still be “helpful” in taking down the “big purple guy.” Come on, it doesn’t take a genius to realize we’re not talking about Barney the Dinosaur over here, but the one and only Thanos. Yessssss….. It is all coming together.

What do you think of the look? Tell us below!