By now, we’ve all seen the Deathstroke concept CGI footage shared by Batman himself, Ben Affleck. That’s about as “straight from the horse’s mouth” as it gets – Slade Wilson is officially coming to the DCEU. So now, we’re just left with two burning questions: when will the master assassin make his appearance on screen; and who will be playing him?

The “when” could possibly be as soon as next year. Justice League Vol 1 hits theaters on November 17th, 2017. Or, perhaps he’s being saved for Affleck’s solo Batman film, which has no release date yet, but would be sometime in 2018 at the earliest.

As for the “who” question, things are getting interesting on that front. Several names are being discussed by the fan base, but the one that has quickly risen to the top of the list is Joe Manganiello . ScreenGeek.net exclusively reported yesterday that Mr. 8-Pack just started following Zack Snyder and David Ayer on Twitter; he is currently in London, where Justice League just happens to be filming; and he’s also suddenly sporting the distinctive facial hair and flat-top haircut the character is known for.

Which leads to the next logical step in fan speculation: What will he look like in costume? Luckily, the good folks over at BossLogic have worked up these two awesome pieces of concept art. 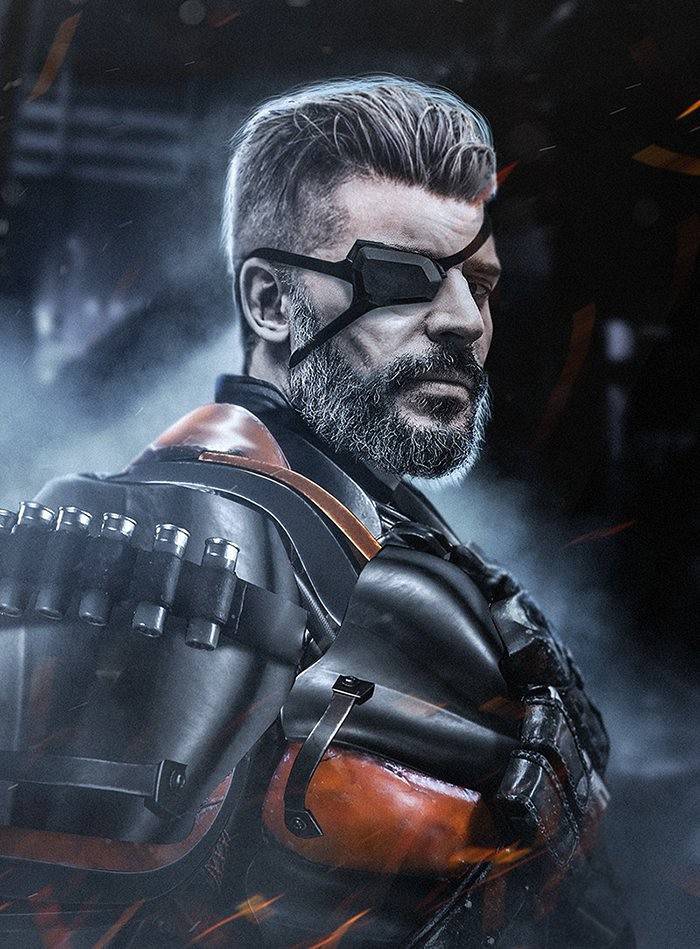 If he misses out on this role, he’s a shoo-in for Solid Snake.

Luckily, that doesn’t seem likely. The interwebs are, for once, mostly in agreement – gasp! – that Manganiello is the right man for the job.

If you weren’t so sure before, did these pictures change your mind? Let us know what you think in the comments!