It was recently reported that Marvel and ABC Studios were working on a series based on NEW WARRIORS that would focus on Squirrel Girl. Nothing else was really mentioned after that. From the sound of it, though, is that it won’t really be anything like the current Marvel shows on ABC and Netflix.

A source of ours gave us an interesting update on the status of the current show that Marvel is shopping around:

“The team makeup of the current version of the show being shopped around consists of Speedball, Justice, Ms. Marvel, Squirrel Girl, Night Thrasher, and Rage. The tone is very light, and won’t be too focused on action, more about character interaction. Netflix is more interested in adding this as a new show than, say, a seventh hour-long drama, but other outlets such as Hulu, WGN, Freeform, and ABC are also deliberating on whether or not they want the project.” 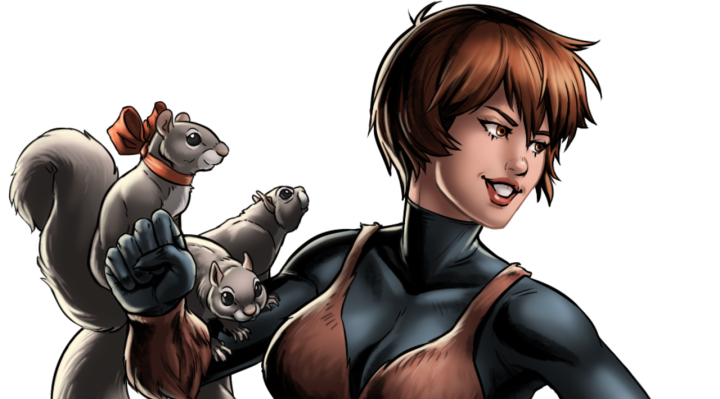 Obviously, things could change by the time we see the show but for now, this definitely sounds like it could be very different from the current Netflix shows and Agents of S.H.I.E.L.D.  The Netflix shows are very dark and it’s been said that AoS is now heading down that path as well.

It could make sense for New Warriors to be on a different network, as it could be its own new thing.

What do you think of this? Would you like to see a New Warriors series? Be sure to tell us in the comment section below!