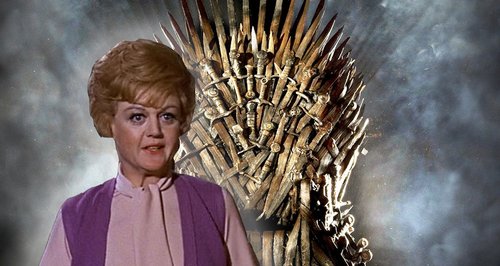 Despite the fact that George R.R. Martin seems determined to string out his written version of ‘Game Of Thrones’ for at least the next decade, HBO have no intention of risking a dip in quality for their flagship show, and are determined to wrap proceedings up by the end of the next two seasons. Not only that, but they’ve also gone and limited the number of remaining episodes to a mere seventeen, ditching three hours from next year’s run in order to leave room to set up an epic and all encompassing final series.

Now if there’s one consistent feature that every ongoing season of Thrones has delivered for viewers, it’s a variety of exciting and compelling new characters. Admittedly, the length of time a new player has continued to remain breathing onscreen has been somewhat hit and miss, but the show has managed to pull in a whole host of big names and acting greats. And with only 17 episodes left to go, there will no doubt be a scramble of Hollywood talent hoping to bag a memorable role prior to the close of proceedings.

Following in the recent (brief) footsteps of newcomers Ian McShane, Max Von Sydow and Jonathan Pryce, its been reported that Jim Broadbent has signed on for an unspecified role, and German newspaper ‘Bild’ has also announced that none other than Jessica Fletcher herself, Angela Lansbury, has been lined up to play a part in Season 7. With no formal announcement confirming the rumour having been made by the show’s creators, how probable is this? Well, a bloody certainty, really…

Every part the Hollywood acting legend that existing cast member Diana Rigg is, Lansbury is the perfect fit for a show that has made its name promoting strong female role models, and matriarchal figures. She is also very much already back in the public eye, due to the release of a new live action version of ‘Beauty And The Beast’, with Lansbury having played Mrs Potts in the original. Production for next year’s episodes has reportedly finished, and shooting is expected to start in Northern Ireland imminently, with Bild reporting that the 90 yr old actress will be appearing in just two episodes, and spending roughly four days on set.

In terms of which characters might be left up for grabs, the safest bet is that she will be playing a previously referenced but as yet unseen senior member of one of the ruling houses of Westeros. Recently leaked casting notes for the series would support this, specifying that the majority of the new characters joining the show would be required to perform a ‘classic’ English acting accent. This would indicate that the bulk of the action will be occurring in Westeros itself, and not the other outlying regions or foreign kingdoms. This would make perfect sense, meaning that season 7 would ultimately spend its run witnessing the fall of the Lannisters, and setting up a monumental ‘White Walkers Vs Humans’ ending for the final series. So we’d expect Angela to be playing either a vengeful Tyrell, or embattled Lannister.

As soon as we hear any more detail in this story, as always, we’ll let you know!

Continue Reading
You may also like...
Related Topics:Game of Thrones