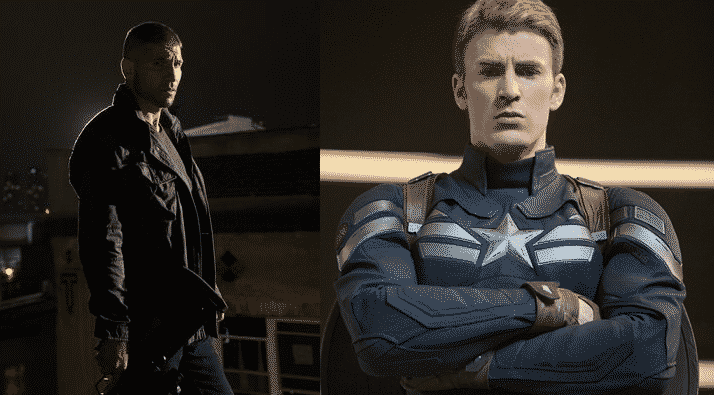 As the curtain fell on this year’s cinematic adaptation of the ‘Civil War’ storyline, audiences saw Steve Rogers following Nick Fury off the grid, taking his small band of renegade Avengers into hiding with him. This scenario raised a fair old number of questions about what role Steve & Co would be playing in the next big MCU event, ‘Infinity War’, and one of these questions was answered last week. In an interview with superstar Marvel Directors Joe and Anthony Russo, the pair confirmed that in choosing to go underground and rebel against the US Government, Steve Rogers would no longer be carrying the mantle of Captain America.

Now over in the Marvel comic-book universe, this has turned out to be a painfully regular event, with Rogers having been killed/gone rogue/ended up zapped into a parallel dimension/been suddenly aged into an old man to the extent that readers no longer raise an eyebrow when it happens. I mean, Marvel even had to resort to turning the character into a HYDRA agent this year just to get any fan reaction to him at all. But, I digress. There always has to be a Captain America. That’s just how it is. So in the periods where Steve has been unavailable, it’s fallen to other patriotic Marvel warriors to step up and assume the role in his absence.

These replacement versions have come from a number of differing backgrounds, and most usually end up having their lives totally ruined by accepting the responsibility of being America’s most famous Super-Soldier. So if we work off the theory that Marvel and the Russo brothers are planning on keeping Chris Evans away from the role of Captain America for any length of time, and may want to introduce a new version, where the MCU might find any prospective new Captain is from going to be very interesting. Particularly when they’ve already managed to rule out the two most likely candidates during their version of ‘Civil War’. Bucky Barnes is currently sat freezing his ass off in a cryo-capsule under Wakanda, and Sam Wilson is on the run with Steve.

Lets look at some of the directions that the source material took, and if these were the type of characters that Marvel did elect to develop, who we might like to see play them:

The Marvel comics of the 1970’s saw Steve Rogers choosing to fight crime under the pseudonym of ‘Nomad’, having at that time fallen out with his masters over their stance on superheroes (sound familiar?). With Rogers off the table, the government turned to another veteran serviceman, John Walker, to act as a replacement. Walker was already augmented to the point of an Olympic athlete due to his involvement with a number of shady organisations upon his discharge from the army. Overwhelmingly patriotic, following the death of his brother in Vietnam, Walker was then trained using The Taskmaster to replicate the fighting skills and techniques employed by Rogers, becoming the new Cap.

Unfortunately, Walker had far less of an issue with killing folk than his predecessor, and frequently crossed the line during battles with his opponents. After his identity became known, his parents were murdered in retaliation, leading to a complete mental breakdown, which was only remedied with the return of Rogers. When recovered, Walker continued his fight under the code name of ‘US Agent” remaining a regular player in the Marvel Universe for many years to come.

So who would be able to play Walker? Well, you need an ANGRY actor, one who’s also got what it takes to beat the shit out of numerous large numbers of bad guys. For our money, martial arts supremo Scott Adkins would fit the bill perfectly. He can go deep down into the dark places that are needed for the role, and is more than capable of the fighting moves required to play the character.

4. The Copy – Will Burnside (Jensen Ackles) 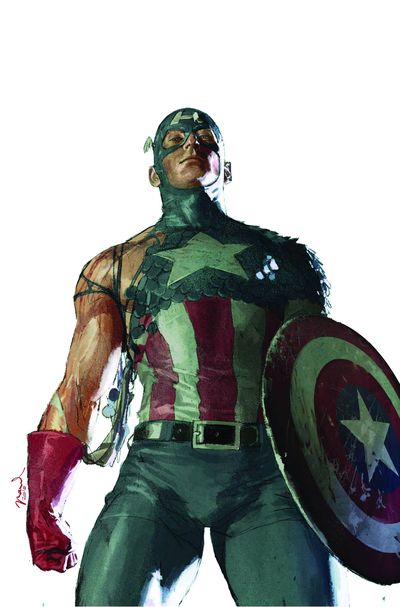 Hopping even further back in time to the 1950’s, with Bucky apparently blown to Kingdom Come and Steve Rogers buried deep down under the Polar Ice Caps, the US government went into a blind panic, desperately trying to find a way of keeping these tragic losses from the public. At the same time, William Burnside became completely fixated with the missing superhero, and devoted his life to replicating the formula that had turned Rogers into Captain America.

Aided by Jack Monroe, and equally obsessive fan who was happy to fill in for the absent Bucky, Burnside approached the government and asked to be allowed to stand in for the absent hero, even going as far as to seek cosmetic surgery to pass himself off to the public as Rogers. Whilst the formula which he and Monroe were both injected with granted them augmented powers capable of defeating yet another attack on the States by the Red Skull, in the long term, it drove both heroes insane. Gripped by paranoia, and seeing aggressive communists everywhere, the two men eventually had to be incapacitated and put into cryogenic sleep. 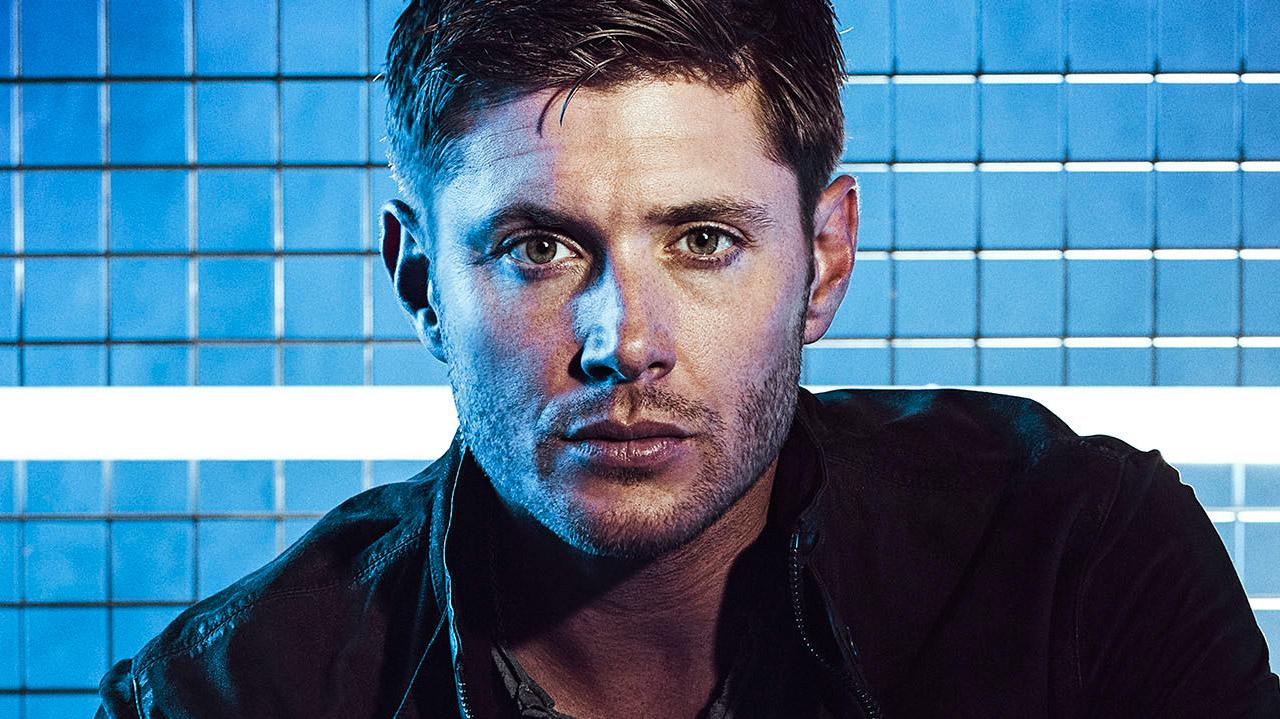 Now, if we’re looking for someone able to replicate the charm, comedic wit and square-jawed delivery of Chris Evans in a straightforward replacement, who do we pick to play the tragically flawed Burnside? We’d argue that your best bet would be to opt for an actor who actually originally auditioned for the role against Evans, and go with Jensen Ackles. He can do hilarity and heartbroken in equal measure, and he’s got the physique and looks needed in order to play one of the most recognizable of Marvel superheroes. 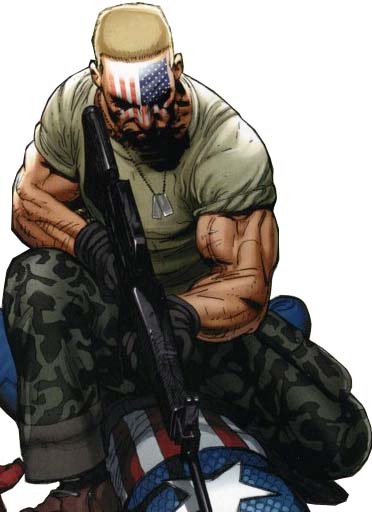 Jumping forward to the 1960’s, and out of the mainstream Marvel-616 Universe across the to Marvel ‘Ultimate Universe’, we find the tragic tale of Frank Simpson, another soldier cursed after carrying the mantle of Captain America. Joining the army in order to escape an abusive childhood, Simpson agreed to fill the void left by Rogers, and became a participant in a series of unorthodox drugs trials, which granted him enhanced strength and reflexes. He then went on to become the Cap of the 1960’s, serving with great distinction during the Vietnam War.

Unfortunately, with the end of the conflict and the withdrawal of the United States from the eastern theatre of war, Simpson’s world came crashing down around him, and he grew to hate everything that the his nation’s administration represented. Tattooing a US flag on his face, he remained behind to continue to a guerrilla war against the communist forces in the region, even going as far as to sell his blood to rival regimes in order to help them kickstart their own super-soldier programs. Eventually, with the return of Rogers, Simpson was bought down and spent the rest of his days crippled and in confinement, occasionally visited by Rogers, who felt wholly responsible for the destruction of his fellow serviceman’s life.

Whilst it can be argued that Will Travers has already played a version of this character in ‘Jessica Jones’, we’re prepared to sideline that (which you can easily do with the world of superheroes…) and rewrite/recast the role. That TV version of Simpson is a cop who has been manipulated by a shady organisation, and whilst there are echoes of the ‘Nuke’ incarnation, it’s a long way away from the ‘Ultimate’ version we’re discussing here. So who would we go for to play Frank? Garret Hedlund, that’s who. For all his mainstream action roles (Troy/Tron) there are matching deeper performances (Four Brothers/Unbroken), and we feel that Hedlund would be perfect for the role of a broken man convinced he has been betrayed by everything and everyone he ever fought for.

Time to strap yourselves in, because we’re going back across to the mainstream Marvel Universe again and way back to the 1940’s, where it turns out that Dr Erskine wasn’t the only German scientist with a super-soldier formula knocking around at that time. Unbeknownst to Steve Rogers, a backup programme had already been green-lit by the US government with 300 enlisted African-American troops housed away in a hidden camp, being experimented on. Isaiah Bradley was the only survivor of this programme, and when the project was deemed a failure, it and the soldiers associated with it were hurriedly disposed of. With his new powers, the superhuman Bradley was able to break out and punish those responsible, before heading off to Europe to fight his own personal war against the Axis oppressors.

Once again, whilst having been granted unrivaled strength, in the long run this flawed version of the formula would ultimately destroy its carrier. Bradley fought with distinction, but found that his mind and body were eventually completely ravaged and burned out, leaving him an aged and broken shell. His legacy would live on in his grandson Elijah, would fought as the hero ‘Patriot’, but history would ultimately forget the first non-white version of Captain America.

With the story soured by the apparent exploitation of colored soldiers by the United States, and the entire concept of a forgotten and betrayed national hero, this is fertile ground for an MCU writer to work with. In terms of who we’d pick to play a modern version of Bradley, it would have to be Michael Jai White. Having played Spawn, and also appearing in/voicing numerous DC properties over the years, this hulking voice-booming behemoth of a performer would be a great pick in portraying another man out of time. The main difference here is he would be playing a warrior who has been forced to live his extended life in the shadows, rather than buried away under the ice.

So we’re looking for a patriotic American serviceman to take on the mantle of a national hero? Well, then why not turn to a modern day super-soldier who’s already appeared in the MCU? I refer of course, to Captain Frank Castle, USMC. The anti-hero who doesn’t need superpowers to kill a room full of bad guys. But that would be crazy, right? Well, not as crazy as you might think. In fact, it’s already happened….

Whilst the overwhelming majority of Marvel fans will have read the original ‘Civil War’ imprint, the storyline was a massive crossover event, with all of the serials of the time being dragged into it in some way. Readers of the ‘Punisher: War Journal’ series watched as how in the aftermath of Steve Rogers having been killed, The Punisher experiences an emotional breakdown, and decides there’s only one man worthy of assuming the mantle of the fallen hero. Him. Stealing Cap’s mask, he fashions himself an appropriate uniform, and then sets off to the Mexican border in search of a racist warlord, only to find himself going head to head with Bucky Barnes. You see, Bucky has already had the same idea, having stolen Cap’s shield, leading to a short but bloody engagement where Barnes eventually assumes the role full time.

Fan reaction to the arrival of Bernthal in the MCU has been overwhelming positive. Due to a combination of brutal fight scenes, and gut-wrenching personal monologues, the character is now a firm favourite, looking forward to his own TV series sometime next year. The power of Bernthal’s performance has silenced the naysayers who moaned when he was cast, and made him hot property. So why shouldn’t the US government turn to him in the absence of Steve Rogers? Stranger things have happened in the world of Marvel. Really really stranger things. Usually involving Howard The Duck…

So there you have it. In the absence of Falcon or Bucky becoming the next Cap at some point in future proceedings, there are a number of other origin stories that could be tweaked or adapted to introduce a new Captain America. Do any of these appeal to you? And what do you think of our casting choices? Sound off below!