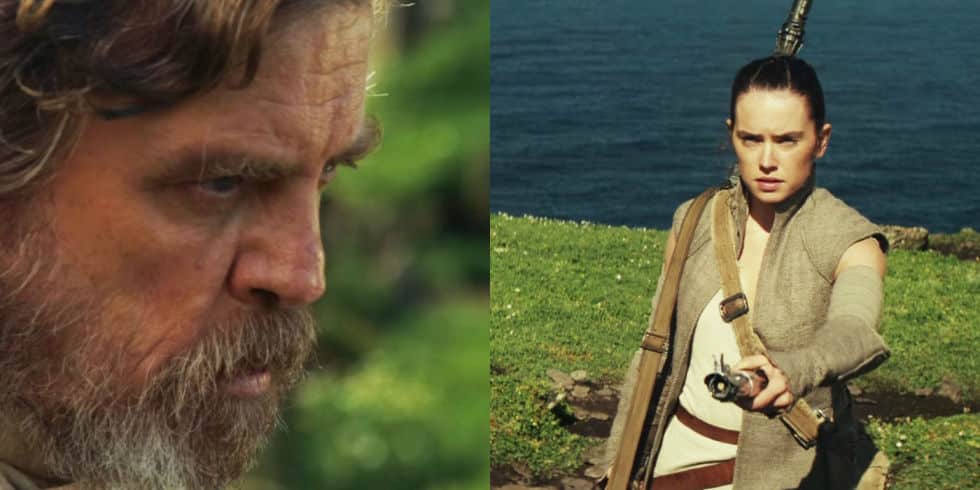 It seems that nothing can be kept a secret for very long these days – due to social media and internet, everything leaks out before a release date.

Apparently, Star Wars is no different – as some very interesting new details have hit the web.

Recently I glimpsed some photos of a set on the water at Malin Head. On the shoreline were seven men in black. There might be more but some of the people are hard to make out. All of these people are wearing all black with helmets, resembling medieval knights with weapons. The characters are not wearing the black covers to hide their costumes like they did back at Dubrovnik. These are actual black costumes. It is my opinion and the source’s opinion that these are the Knights of Ren. Kylo Ren could always have another gang of warriors in black but I think its likely they’re the guys we saw in The Force Awakens.

There are “black helmeted medieval-looking figures” going after Luke Skywalker and Rey on the coast of Ahch-To. The guys I once referred to as Jedi Hunters back in the day were described in the same way back during the production of Star Wars: The Force Awakens.

From what I have heard a few times, Rey is reluctant with (if not angry at) Luke Skywalker because she has to kill Kylo Ren and she doesn’t want to do it. The scene that follows appears to be when the showdown finally begins. I suppose she accepts her duty or has no choice but to fight.

The text below is what the source(s) witnessed:

“A lot of wire work was used.”

Star Wars-Union  (via StarWarsNewsNet) has also come out with some new details about what is going on in this set picture: The bee hive huts were made of fitting foam, which Thomas was able to find on site as well.

They filmed fighting scenes and Chewbacca participated in those fights.

It appears that the Knights of Ren disturbed Rey’s Jedi training.

The filming took place till dusk and buildings could be seen from houses in that area that were 2-3km (2 miles) away.