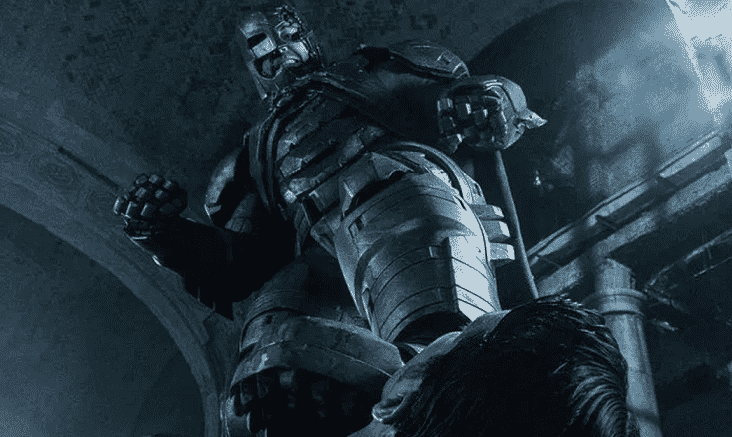 Whether you loved Batman V Superman: Dawn of Justice or hated it, one can’t help but admire to the amount of attention given to the work put into visual, especially the small subtle nudges for fans. With new updates coming around with fans scouring through the footage over and over, we got a few more covered for you here.

Clay Enos, Batman V Superman‘s photographer and close friend to director Zack Snyder, has gone to using his Twitter handle to confirm a few of them on behalf of Snyder. The first one up is Anatoli Knyazev’s shirt on the Janitorial logo. Turns out these are crew names.

all crew names are legally cleared. That's why you see crew names used from time to time. They're half Easter eggs.

Number two goes to what exactly is in the canisters Bruce Wayne arms to going against the Man of Steel. “Pb” turns out to be, indeed, real-life chemistry reference and seems to be the component to Supe’s weakness of kryptonite.

Lead. Exactly. Nothing happens by accident in Zack's movies.

And finally, something for the lovers of Teen Titans. The Mother Box that appears during the Victor Stone footage following his transition has the ID number as 61982. Knowing Snyder, that was clearly no coincidence, and it turns out to be a reference to Cyborg’s first comic appearance in Tales of New Teen Titans #1, released June (the 6th month) of the year 1982.

that's an easy one. Yup.

Any more to report that haven’t been mentioned yet? Do let us know in the comments below; it may end up on the next one!