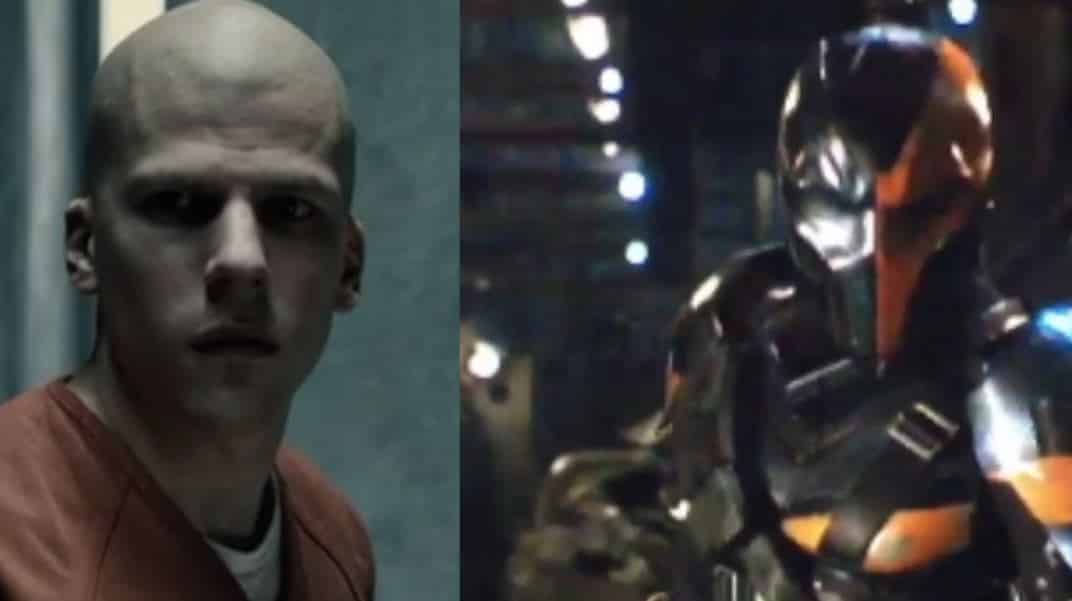 It appears we may see Slade Wilson (Deathstroke) a bit sooner than we think, according to popular fan speculation.

Reddit users have deciphered the recent picture Zack Snyder tweeted of the Justice League movie storyboard, which appears to have a character drawn very similar to the mercenary. His scene dialogue appears to be with a bald-headed character, which could be just any thug or, more interestingly in thought, Luthor. From the looks of it, it could be logical for Lex Luthor to be hiring him to take out the Batman. Would make a good amount of sense considering it was Batman and his terrifying presence who put Lex into incarceration, even leaving with a scary threat. And to add to that, Jesse Eisenberg is already confirmed to returning. This could easily lead up to Deathstroke being the antagonist for the solo Batman film.

Whether it will be revealed in a trailer or wait as far as a post-credits scene in the actual film, only time will tell for sure.