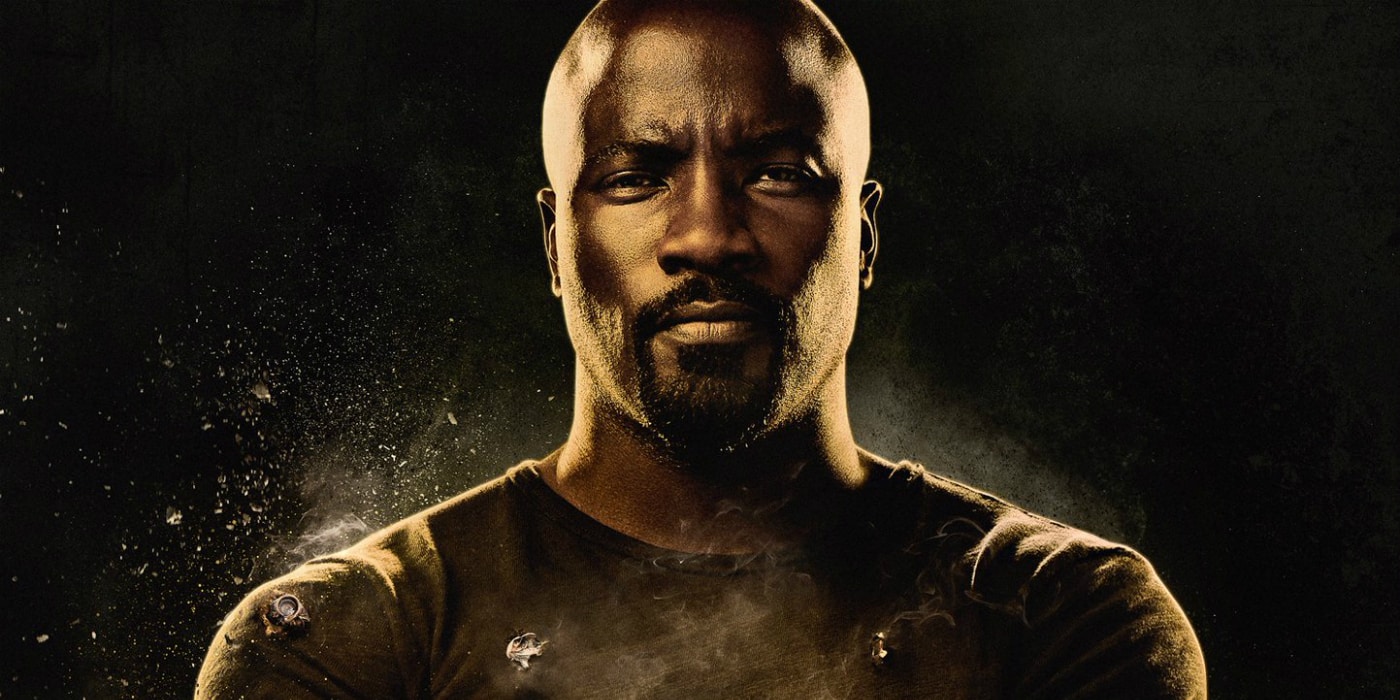 Since its much-publicized release on Friday, demand for the debut season of ‘Luke Cage’ has proven so great that Netflix has experienced no small amount of difficulty in delivering episodes of the show to their subscribers, suffering from some rather embarrassing high-profile server failures. So, does the third entry in their planned ‘Defenders’ project live up to all the hype? Well, the answer is ‘Yes’. And to a certain extent ‘No’…

Given the ever-expanding nature of the MCU, reviewing Marvel’s newly released material is becoming a very difficult task. It’s a bit like trying to be objective about the latest James Bond movie. If you reviewed each entry in the Bond franchise on their own merits, you’d find that the majority of them were frankly godawful. But placed in the context of 54 years of preceding Bond films, you can understand and empathize with some of the more outlandish choices made by the Directors, and forgive some of the quirkier occurrences.

Aside from that context, ‘Luke Cage’ presents even more of a challenge, given the current racial and societal themes contained within the source material. Can you successfully take the issue of ‘Black Lives Matter’ and run it alongside hammer-wielding Norse Gods, as ‘Jessica Jones’ did with the issues of rape and mental health? The show just about gets away with it, by mixing the subject in amongst other topical themes, such as feminism or the state of the economy, and layering on a near-oppressive barrage of modern cultural references to paper over the more awkward stumbling blocks.

Whilst the majority of these reference points successfully manage to hit home, emphasizing the black community’s perspective of just where it sits in modern-day America, the sheer number that are utilized end up bringing a few problems to the party. A cameo by legendary rapper Method Man in the closing stages of the series sits particularly uncomfortably, and feels somewhat crowbarred into proceedings. The deliberate name-checking of shooting victim Trayvon Martin also seems out of place with the rest of the material, perhaps deliberately so, and the repeat references to President Obama raise an eyebrow, due to the use of fictional presidents in the MCU prior to this series.

As ever with the Netflix/Marvel collaboration, it’s the depth and variety of the characters that are the show’s greatest strength. Viewers of ‘Daredevil’ and ‘Jessica Jones’ can slip effortlessly into the version of Harlem that’s being depicted here, which sits alongside the existing portrayal of Hell’s Kitchen. It’s a district crammed full of familiar faces. Dirty Cops. Sermonizing Gangsters and a middle layer of conflicted supporting players, whose loyalties switch at the flip of a coin, or the pull of a trigger. It’s an environment that’s absolutely saturated by greed and money, with every single featured character affected in some way by the quest for profit and power. Amidst these smothering back-alleys and claustrophobic basements, we watch as Cage struggles to find out exactly who he is, and more importantly, who he was, prior to becoming a member of The Defenders.

Mike Colter really impressed when he debuted as the character back in ‘Jessica Jones’. His incarnation of Luke Cage was a brooding, angry victim. Vulnerable but lethal in equal measure, and slotted in perfectly alongside Krysten Ritter’s damaged Jessica Jones. Unfortunately, this series sees that bubbling anger largely toned down, possibly suffering from the difficulty of having to stretch the title character out over 13 episodes, and what we end up with ends is a season of two distinct halves.

For the first couple of episodes, Cage spends the majority of his time brooding on the situation he finds himself in, and using his body as much as a shield, as he does a weapon. He ambles around the neighborhood, bullets bouncing off him, and his invulnerability makes it hard to really worry about what’s coming down the line for him.

For this first, somewhat anticlimactic half of the season, there is a painful lack of any real menace in the script. Within two episodes it’s patently obvious that Harlem’s gangster community can’t actually do our hero any real harm, but they keep on trying. This results in a tediously repetitive format where Luke shows up, gets shot, and then brings the smackdown.

There’s no actual sense that he’s in any personal danger, or indeed that his neighbourhood is particularly under any overreaching threat. You could easily believe that Matt Murdock is likely to meet his end via a poison-tipped arrow, as The Hand have completely overtaken Hell’s Kitchen. Or that Jessica Jones is likely to be killed by a hypnotized granny, or corrupted by Killgrave. And it’s those unbeatable odds that are missing here.

Which is a crying shame, because once again, the villains on display show the movies exactly what they’re missing. Mahershala Ali, whilst not representing any real threat to our protagonist, is brilliant as the scheming Cottonmouth. Deep down, just as emotionally crippled and vulnerable as Luke Cage, accompanying him through his own track backstory and watching him try to hold onto the empire he has worked so hard to build makes for utterly compelling television. Theo Rossi also impresses, effortlessly walking straight out of ‘Sons Of Anarchy’ into this. His character, Shades Alvarez, oozes menace and sleaze every time he walks onscreen, stealing the show more and more as his character gets room to develop.

But what ultimately saves the show and raises the game is the arrival of Erik LaRay Harvey at the halfway mark. His Diamondback is a whole new kind of crazy, up there with Heath Ledger’s infamous turn in ‘The Dark Knight’, injecting a badly needed shot of adrenaline into proceedings. A psalm-spouting sociopath with a deep-rooted loathing for our hero and a total lack of empathy with anybody else, he merrily shoots and stabs his way through half of the established cast, tormenting those he leaves alive. Softly quoting scripture as he goes about dismantling the life Luke is trying to build, he easily reaches the benchmark that Vince D’Onofrio and David Tennant have already set in terms of evil and crazy.

The ladies are on strong form, too, with both Alfre Woodward and Simone Missick laying the foundations for bright futures within the franchise. This, however, is where we finally get to see the best from series stalwart Rosario Dawson, as the ever put upon Claire Temple finally a gets a major role. Relegated to applying plasters and bandages in her last two appearances, the newly unemployed Claire now finds herself the only stabilizing factor in Luke’s life. As he repeatedly feels the urge to walk away from it all, it’s the quiet asides and gentle touches from Claire that keep his humanity alive, and back on the path to redemption.

Eagle-eyed fans of the franchise will spot a whole host of returning characters as the season progresses. From Ben Donovan, Wilson Fisk’s shady lawyer, to a voiceover from the Trish Walker Show, there are familiar faces everywhere to complement the repeated references to events that have already been taking place in the neighboring boroughs. A brief appearance by the newly promoted DA Blake Tower is trumped however by everybody’s most loved street-hood, Turk Barrett. Never one to let a superhero beating, or a brief spell in jail hold him back, Turk completes his hat-trick of dabbling in the lives of the Netflix heroes, never failing to produce a smile with each passing appearance.

The soundtrack to the show plays an integral part to the story, and the sweet and soulful music is enhanced with the appearance every episode of an artist or band in ‘Harlem’s Paradise’. There are a series of outstanding set-pieces, from Luke’s one-man assault on Cottonmouth’s treasury, right through to a tense siege orchestrated by Diamondback in order to frame our hero, via the most toe-curlingly uncomfortable dip in a bath ever depicted on the small screen.

The final showdown, however, is little more your average WWE offering, and this damp squib of an ending is saved only by a flurry of Easter Eggs that tease a much stronger second series. What the show would have benefited most from would have been a big secondary character. Just as Frank Castle ramped up the action in the second season of ‘Daredevil’, and Luke himself did in ‘Jessica Jones’, the show is crying out for an Iron Fist or a Moon Knight to add some heft to it.

Overall, it’s as slick and well executed as we’ve come to expect from Netflix, but you can’t help but feel it could have been better.