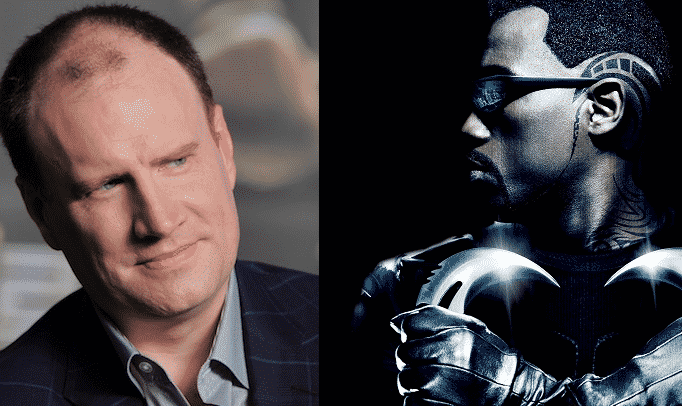 A few days ago, Kate Beckinsale said that the producers of Underworld actually tried to get Blade for an Underworld/Blade crossover, but Marvel said no – because they were doing something with the character.

Well, people automatically assumed that something was currently being worked on (which it could be) but Kevin Feige has essentially played it off:

They did ask a long time ago, and I think our answer was, ‘No, we’ll do something with Blade at some point.’ That’s still the answer. We think he’s a great character, a really fun character. You know, this movie [Doctor Strange] going into a different side of the universe has fun potential for him to pop up, and between the movies, the Netflix shows, the ABC shows, there’s so many opportunities for the characters to show up — as you’re all seeing now with Ghost Rider on Agents of S.H.I.E.L.D. — that rather than team-up with other studios with that character, we’ll do something cool on our own. What that is and what that will be? We’ll see. There is nothing imminent to my knowledge… of course, he shows up in the next episode (laughs).”

Wesley Snipes definitely hasn’t been shy about his interest in returning as the character:

However, Marvel doesn’t seem open to re-visiting any of the movies that aren’t set within the MCU. Blade will probably be rebooted and show up with Ghost Rider or with Moon Knight – whenever he gets a show.

At this point, we’ll just have to wait and see.