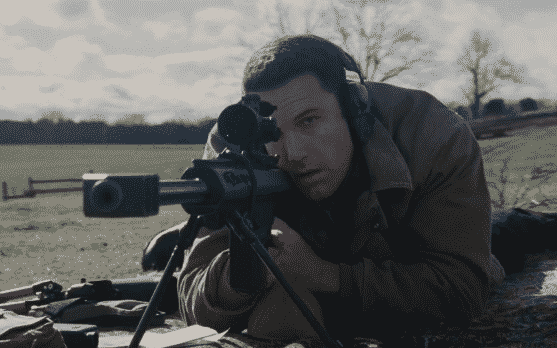 Ben Affleck has been on a tear the past couple of years. He’s taken a break from directing and gone back into the field of acting- a field that some say he should’ve left years ago. He’s jumping on that late Average-man-who’s-really-a-bad-ass-train, and has decided to continue with the action world that he’s dipped his toe in past roles. Can he do it without being behind the camera or with a cowl? Let’s find out.

The premise is interesting off the bat. An accountant who “cooks the books” for dangerous criminal organizations, with high functioning autism, that has a secret life as a Bourne-like one man army.

As far as the writing goes, there’s Plot A and Plot B – in which the movie suffers because of Plot B.

Plot A is Christian Wolff (Affleck) trying to find out who’s trying to kill him and Dana Cummings (Kendrick) and why, which is actually interesting.

Plot B involves J.K Simmons and Cynthia Addai-Robbion as they try to find the identity of The Accountant – which you think would work well with the over-arching film but… it doesn’t. Plot B plays out like it could’ve been shorten into about 15 minutes. It’s supposed to mesh well with Plot A but just comes in clunky and uneven.

Another element of the film that falls flat are the plot twists. Not 1, not 2, but 3 plot twists are in this film and only one works. It’s like the writer had three choices on how to end the movie and said “Fuck it, one of them should stick.”

The acting in the film is serviceable but isn’t great. Affleck does his best as a person with a mental illness but sometimes comes off as robotic. The child actor that plays a young Christian Wolff is more believable than Affleck’s acting. Kendrick’s character, at the beginning, is annoying and a typical oblivious character but she becomes more likable as the movie goes on. J.K Simmons, well come on, it’s J.K Simmons. That man can convince me to buy insurance that I don’t need.  Jon Bernthal is pretty good in his role as Affleck’s competition but that says more about the natural charm that Bernthal carries.

The action for the film is decent and adds a little hint of humor that works well together. There are plenty of scenes where Affleck takes out a bad guy or a room full of bad guys that makes it look cool and natural. Some of the gun fight scenes are a bit ridiculous as these trained mercenaries are somehow unable to hit a slow moving 6’4’’ tall Affleck and are easily picked off by our hero.

Don’t worry, they eventually hit him.

There is one fight scene that needs to be mentioned and it’s near the end of the film. Bernthal and Affleck’s fight is not just exchanging body blows but also exchanging drama between that surprisingly works out.

The movie is alright and feels more like a jumping off point for a franchise that Affleck can possible carry on for a set of potential sequels. Essentially, it feels overstuffed with character backgrounds, motivations and pointless plot twists that really held it back from being a great film. It’s not something that you should rush out the see on opening day – more like a matinee pick if you want to burn some time at the theater.