Back in 2009, Platinum Dunes remade Friday the 13th. It was met with negative reviews, but was considered a success at the Box Office, given that it made $91.4 million on a $19 million dollar budget. It had a huge opening weekend ($40.5 million) but but had a massive 80.4% drop ($7.9 million) the next weekend.

With the “success” of that film, Platinum Dunes decided it would be a good idea to remake A Nightmare on Elm Street and re-cast Freddy Krueger.

Make no mistake about it, remaking Friday the 13th or even Halloween is much different than doing it with Nightmare on Elm Street. Robert Englund’s portrayal of Freddy Krueger is iconic and definitely can’t be replicated. I’m sure the producers took that into account (maybe) when they cast Jackie Earle Haley as Freddy Krueger in the 2010 remake.

The film had a $32.9 million dollar opening, which was great – given that the budget was $35 million. However, it suffered the same fate of the Friday the 13th remake, dropping 72% in its second weekend to just $9.1 million. This was probably due to the fact that it was universally panned by both critics (15% on RottenTomatoes) and fans.

This version of Freddy was obviously made to be more creepy than Englund’s but the film just wasn’t very good. It was boring and just didn’t really feel like an Elm Street movie. Jackie Earle Haley is a terrific actor – but he just isn’t Freddy Krueger. 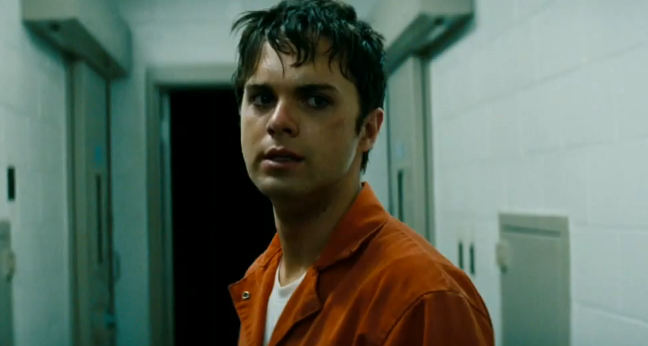 We had the chance to speak with one of the stars from that film, Thomas Dekker, who is currently promoting his upcoming film, ‘Jack Goes Home’ and he had some very interesting things to say about it – including how studio interference came into play:

ScreenGeek: I was hoping to maybe get your thoughts on a film you were previously involved it, a specific remake of the classic Nightmare on Elm Street film. It really split reactions from a lot of filmgoers and fans alike and…personal thoughts? And from your perspective as a director, coming off such a visually successful film to me, what do you feel could have improved that film’s vision as a horror/thriller film?

Dekker: What do I think could have been improved on that remake?

Dekker: It’s a tricky one to talk about. I would say it was an honor to be a part of it. I think the cast as we know, we had two, now one-time Oscar nominee and another two-time Oscar nominee who’s still a very good friend of mine, Rooney Mara, and I think the issue at hand with that movie can’t really be thrown at the director because the director was basically a gun for hire to make it look good, and he did that. It looked great. But it’s basically like most good films tell a story, that film was to sell a tuxedo. It’s a sales movie. “It’s okay, we got this idea we’re going to take and we’re going to make money off it, so let’s just do that”. Even though the intentions of the artistic forces behind it were “Okay, we’re going to open up the mythology of Freddy Kruger, we’re going to make him darker and actually explore the idea of child sexual abuse” and those are all the things that interested me. Of course at the end of the day when you have to put it in 1,000 theaters or more, you have to shy away from those things and just make it a sell-able entity. So I think you can’t really start judging the leaves of a tree if the seed is fucked.

Dekker: And that’s that situation. The unfortunate part is if it had been an independent film, sort of inspired by Nightmare on Elm Street, I think it could have been something really special, but in order to afford that brand, then you have to cater to the lowest common denominator, and that’s what happens with these remakes. You’re not allowed the privilege of originality if you’re not coming up with an original idea. (pause) I don’t know, that was a lot of words I just threw at you, I apologize.

So there you have it. The film was pretty much a cash grab. Given who produced it, I can’t really say I’m surprised. Honestly, even if the studio hadn’t interfered, I still think that without Robert Englund – we still probably would have gotten the same result.

Tags: A Nightmare on Elm StreetHorrorthomas dekker
No Result
View All Result