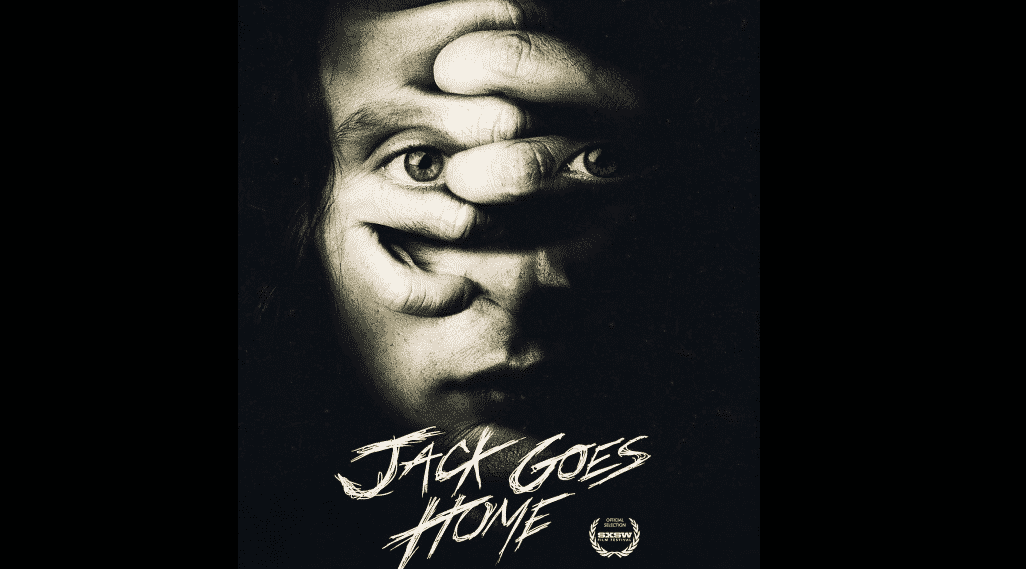 Jack Goes Home is the second time for actor Thomas Dekker to operate from the director’s chair. The film, also written by Dekker, was inspired heavily from events of his own life, and that personal touch has represented something nightmarish to the film’s metaphorical presentation. What the end result gives us is a unique and disturbing outlook into the core root of madness to angst of the broken Jack.

The film follows Jack Thurlowe, a magazine editor and soon-to-be father that recently discovers his parents involved in a horrid car accident, which results in the death of his father and leaving his unstable mother widowed. He returns to his hometown to care for her emotional distress and along with his interactions with her and the other characters through the film such as his neighbor, significant other and best friend, we begin to see a very unsettling coping mechanism work its gears through his head. Added in are the buried skeletons of his history and very identity taking its toll, creating the multi-layered madness Jack has latched himself onto that represents his grief.   The storyline harnesses so many veering twists and intense workings of Jack’s psyche that it feels unfair to describe the synopsis any further for audiences to experience the journey at its fullest.

Visually impressive,  there is a very unsettling ambiance from  the very beginning of the film to the end, leaving its mark with a cold knife scathing against the back of anticipation but never enough to jump you in hysteria like a common jump scare. We are aware from the moment of the first scene starting with Jack’s eyes  that there is a way this film addresses a “show, don’t tell” rule. The story and view is told through snippets of conversation and symbolic presence of other interactions that has us closer yet also distanced to the shelled Jack.  There is a focus on the timing of events that go on, and as the film progresses, we dissect more and more into Jack’s mind, the pace just enough to leave you fascinated by the troubling psychological profile he displays through the film and wanting to grow more understanding of such a detached individual.

Rory Culkin playing the lead leaves a very surprising impression, carrying the film with his oddity and enigmatic thought process that somehow makes him really work despite the difficult role set up for him. Dekker stated specifically that this was a role meant to represent himself, and to have this sort of tone from seeing the writing come to life, it doesn’t hold up many viable choices for someone to play it that effectively, but Culkin managed to find a proper balance to it in his favor. His presence feels smothered by his views of others and you can see shades of uncertainty in himself that has us follow with his understanding of the situation much like a human being, but at the same time devoid of the trope-like sympathy act and instead have us see his pain through his mixed and harrowed mental state.

Easily the greatest aspect to showcase in the film’s glory is the casting of Lin Shaye, playing the role of Jack’s mother. There is a huge undertaking to the role that is to leave a perplexed character as Jack in such a mix of strong emotions throughout the film, and Shaye carries it with a very haunting presence as both a character and an obstacle for Jack’s psyche. Manipulative, emotionally distraught, and very unhinged with some of her interactions with Jack, the unsettling chemistry between the two is what injects us closest to what Jack is feeling at points. Her emotions and actions can go from gentle touch to a pointed revolver of intensity, and you can easily see both Culkin and Shaye relish every moment of the roles with great execution.

The true irony is that Dekker had never worked with the actors prior and with such limited time with Shaye specifically, they set an impressive bar for the film with their skill and quick grasp of the story.

However, what is considered a good strength can also be seen a weakness by some. The film takes on a very personal role into the sanity of Jack (and the director’s thoughts in that regards), which is how is grief is represented in the film and coming into terms with difficult truths, and with how it bends reality and his personal perception can take some time to get used to. You have moments where you can’t fully understand a scene or stay puzzled over one’s actions that doesn’t exactly connect, and do need to display the right amount of patience for the payoff with so many fragmented scenes.

This isn’t the usual visualization of horror, but a very mystifying one that comes from within the person, that fear of the unknown inside the subconscious of the human mind that can mentally affect anyone. This is a vehicle that needs the right kind of driver to watch it thoroughly to truly appreciate the narrative and see it’s a disjointed film that goes mad with the character.

Not a typical gore bag film for the October run, this psychological drama is definitely recommended for a viewing for something distinctive. Powerful performances, an enthralling perception of reality,  and going to the core of vulnerability, this film is definitely something to find compelling in the season of haunts.

Be sure to check out our exclusive interview with director Thomas Dekker here!