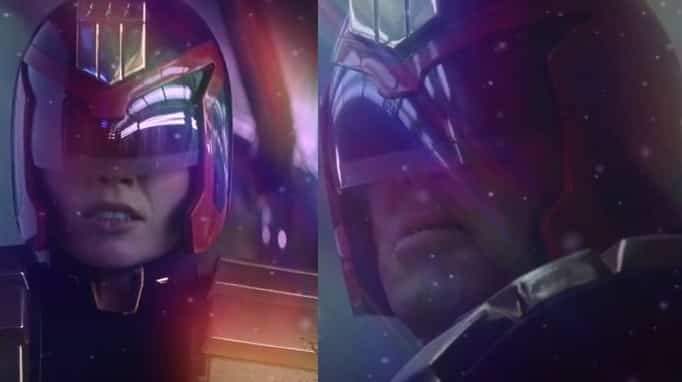 1995’s Judge Dredd starring Sylvester Stallone is generally regarded as a pile of trash. The first 15 minutes is something that all 2000 AD fans can probably appreciate – but after that, it’s awful. Stallone takes his helmet off (something Judge Dredd never does) and the film never gets going.

Did I mention Rob Schneider is in it?

2012’s Dredd, however, is regarded as a much better film. It was well perceived by fans and critics alike, but bombed at the Box Office. Some blame it on poor marketing – while others blame it on the stigma of the Stallone film we mentioned above.

This got us to thinking. What if that ’95 film had actually been a good one? Well, we decided to re-imagine the Stallone film with the tone of the 2012 version – and the results were pretty cool:

While the 1995 has a bit of a cult following, most hardcore 2000 AD fans despise the film, due to the fact that it wasn’t really comic book accurate at all – aside from what I mentioned earlier in the article. 2012 was the year we got a great Dredd film and hopefully, it will get a continuation at some point in the future in either a film or series.

Until then, you can help buy joining the Bring Back Dredd movement on Facebook and signing the official petition here.

What’d you think of the video? Are you a fan of the 1995 Sylvester Stallone Judge Dredd film? Be sure to tell us your thoughts in the comment section below!