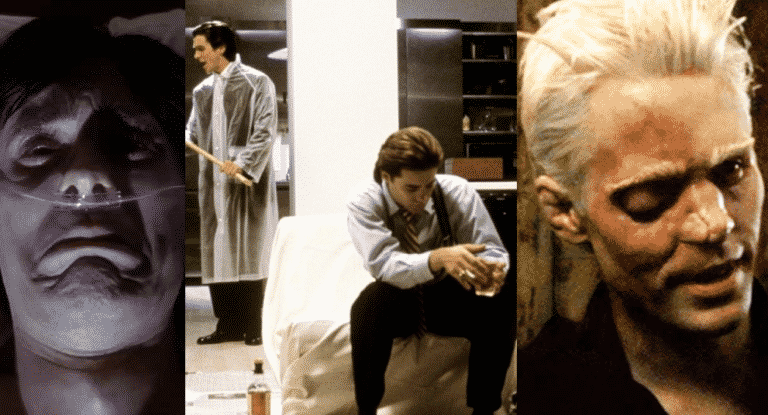 Jared Leto has been in the news quite a bit lately. It’s not really a surprise considering he was promoting Suicide Squad because he plays The Joker in the film.

Unless you’ve been living under a rock since the film came out, you’d be aware that the reaction to the actor’s version of the DC character was definitely divided – and Leto himself wasn’t too happy with the amount of footage that was cut from the film.

While a lot of the news was taken out of context, it’s not really a surprise that a lot was cut out of the film, given the final result.

If you’ve watched any of Jared Leto’s films, you probably are aware that he usually dies or gets mutilated in some type of way. It could be how Leto picks his roles, or it could be a coincidence.

Either way, we thought it would be interesting to compile a supercut of EVERY time the actor has died or been mutilated in a film, and here’s what we came up with:

Pretty upbeat video, huh?! And it’s only a matter of time before Batman kicks his ass in a future DC film, so we’ll be sure to add that one in here once it happens.

What’d you think of the video? Be sure to tell us your thoughts in the comment section below!