Watch The Season 7 Premiere of The Walking Dead For Free 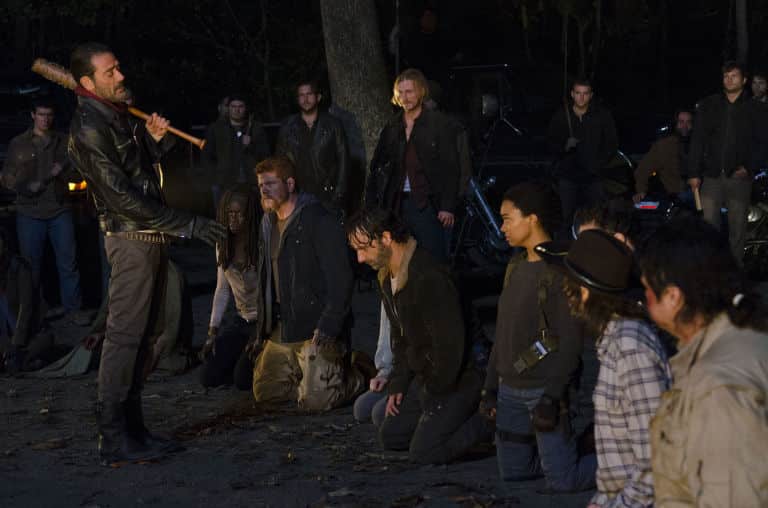 Just in case there’s anyone on earth who didn’t watch it live last night, AMC has released The Walking Dead’s heart-wrenching season 7 premiere to be viewed online.

We’ve spent 6 months in a state of dreadful anticipation, waiting to find out (but not really wanting to know) who Negan decided to kill as an example to Rick’s group.

I won’t spoil it for you, but I will say this: no matter how prepared you think you are……….trust me, you’re not. (I’ve watched every episode of this series live, and this is the first one that ever made me cry.)

Watch it at the link below:

The Walking Dead Season 7: Episode 1: The Day Will Come When You Won’t Be

So, now that you’ve had a chance to see the premiere, what do you think is next for the Alexandria survivors? Will Rick & Co find a way to thwart this sadistic asshole? Or will Negan’s terrorist tactics break their spirit for good? Let us know in the comments!

(If your comment contains a spoiler, please put the word SPOILER in all caps at the beginning of your comment. Thank you!)