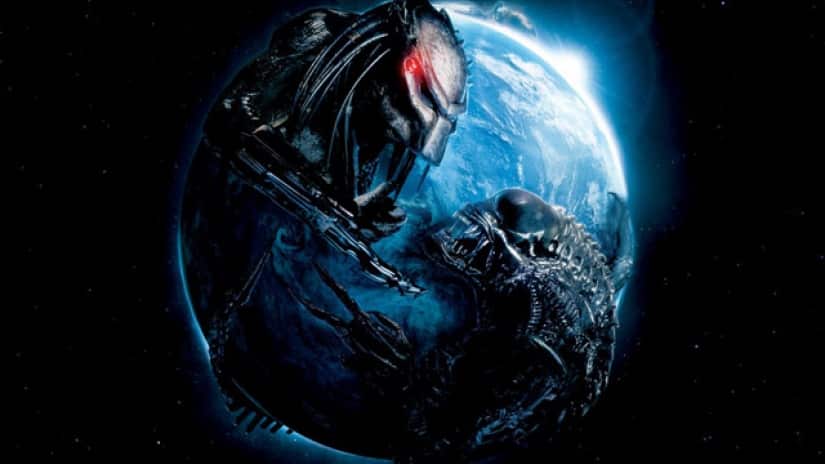 First, I’d like to state that I’m a pretty big fan of both Alien and Predator. I was part of that vocal minority that felt an AVP movie should definitely be Rated-R (I’m looking at you Paul W.S. Anderson). So, when FOX announced that we would be getting an R-Rated Alien vs. Predator film (because of the fans) in Aliens vs. Predator: Requiem, I was pretty damn excited.

That excitement quickly faded after I saw the movie.

I get that this film is a modern B-Movie but that’s no excuse for what was made.

The film follows the events of 2004’s Alien vs. Predator. We see a Predator ship leaving earth carrying Alien facehuggers and the the body of Scar (the Predator that defeated the Alien Queen). A chestbuster bursts from Scar’s body and it’s revealed to be a hybrid of both species. A Pred-Alien.

Chaos ensues on the ship and it heads back to Earth. A small town in Colorado, to be exact.

You know, when I saw this film in the theater when I was 17, I never really gave it much thought – but I watched it again the other night and just couldn’t really fathom how a massive spaceship crashes into a forest and not a single person notices. Not one.

Looking past that, we then shift focus to a father and son hunting (who technically were the only ones to notice the giant FUCKING spaceship) and they’re both mutilated by facehuggers who promptly eat their faces off. They also spread into the sewers of that small Colorado town and do the same to homeless people living in a sewer.

Predator gets out of the ship, starts fighting the Pred-Aliens that are reaking havoc, and mass chaos ensues. Kelly O’ Brien (Reiko Aylesworth) is added in as a woman returning home from the military to be reunited with her husband. It’s a subplot that doesn’t really add anything and ends up being pointless in the end. I wasn’t really surprised, though, given the lack of character development throughout the film.

Let’s take a moment to talk about the quality acting in this film. Every actor and actress seems as if they were hired off of the street for a few bucks and not given a copy of the script. Then again, there probably wasn’t a script to begin with – as her husband is decapitated in front of her and her daughter and they just up and run out of the house and into the middle of the road rather than getting in a vehicle.

Personally, I think that’s what we would all do if there was a giant Predator-Alien hybrid running around and he just ate our spouse. We’d run outside and into the middle of the road. Not behind some bushes or anything. The middle of the fucking road. It’s the first feature film for The Brothers Strause and it definitely shows. Every single fight scene between Predator and Alien is almost in pitch black and looks as if they just decided to cut lighting out of the budget of this movie. You literally cannot see what is going on.

It also doesn’t really explain why Dallas Howard (the ex-convict) is just running around with the local sheriff (an actor I’ve seen before in a few movies) and is casually given a shotgun to fight the “battle”.

The film ends with a few people living after the U.S. Government decides to blow up the entire town, which I guess only does damage to that small Colorado town in a few places but not to our heroes. After the town is blown up, everyone is dead, Howard manages to crack a joke in which everyone gets a small laugh. Even Kelly and her daughter. I’d chuckle too if my husband had been brutally murdered in front of my small child by a Predator-Alien and everyone I knew and love was gone. That’s reason for optimism, right?

AVP: Requiem does have some entertaining moments and it’s not totally unwatchable. It’s watchable – once you turn your brain off and take it for what it is. It’s a total B movie – but that’s not the point. The point is that these are two major characters that have no business being in a B movie.

Overall, Alien vs. Predator: Requiem is a massive disappointment, given the fact that it features two iconic characters and was made to rectify a big mistake of the last film – being PG-13. Giving the film an R-Rating but not giving it any direction, any quality actors, action scenes filmed in my basement – isn’t a recipe for success. It’s a recipe for disaster.

An unrated cut of the film was released and featured several different scenes:

If you’re interested in checking out the film, you could probably find someone giving it away for free on eBay or Amazon.