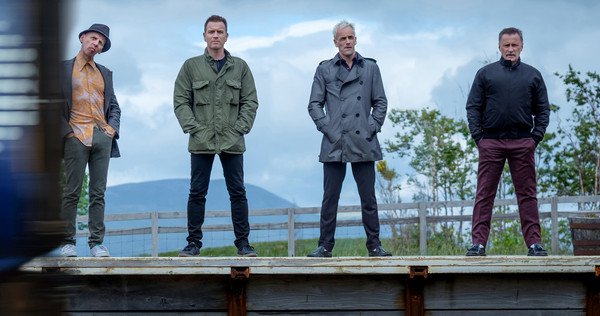 It’s been twenty years since Danny Boyle’s transcending drug-filled flick Trainspotting hit theaters. To this day, audiences revere the movie for its mix of dark comedy and an all-to-real portrait of drug use. As unexpected as it may be, there is a sequel on the way.

At first, I questioned the concept of a sequel to Trainspotting. Sure, the original is a great film, but what exactly would inspire Boyle and the cast to continue the series. Based on this trailer however, I am quite excited for the prospect of this film.

Danny Boyle has been my favorite director for some time, and his skill is on full display here. The style is ever-present, bold, and exciting to watch, with him always being able to create a great look to movies. Even more exciting however is this sequel’s direction, with the characters all being in a fairly interesting place.

Entitled T2 Trainspotting, the film had its first full trailer hit the web this morning, with it being audiences first taste of the sequel. Here’s the trailer, as well as the official synopsis:

Twenty years have gone by.
Much has changed but just as much remains the same.
Mark Renton (Ewan McGregor) returns to the only place he can ever call home.

Other old friends are waiting too: sorrow, loss, joy, vengeance, hatred, friendship, love, longing, fear, regret, diamorphine, self-destruction and mortal danger, they are all lined up to welcome him, ready to join the dance.

We’ll have to wait till T2 Trainspotting’s February 3rd release date to see more of the insanity that Boyle has in store.