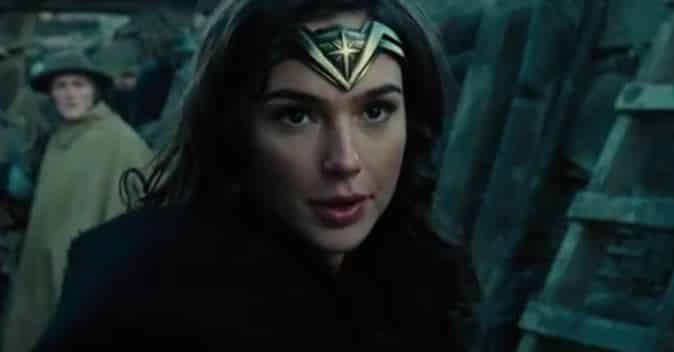 Earlier today, we were treated to some new Wonder Woman posters, in anticipation of the new trailer reveal. Which, as you can probably guess, made people even MORE excited for the film’s trailer.

After the release of Man of Steel and Batman v Superman: Dawn of Justice, Warner Bros. have been hoping to release something that wouldn’t divide fans and critics so much. That’s not me being biased towards Marvel or anything like that, the fact that DC’s films have divided people is just that. A Fact.

Personally, I like the DC films and believe you shouldn’t let a RottenTomatoes score or something that someone else says influence your own opinion on a movie.

With that being said – the new trailer definitely didn’t disappoint! Check it out below:

Before she was Wonder Woman, she was Diana, princess of the Amazons, trained to be an unconquerable warrior. Raised on a sheltered island paradise, when an American pilot crashes on their shores and tells of a massive conflict raging in the outside world, Diana leaves her home, convinced she can stop the threat. Fighting alongside man in a war to end all wars, Diana will discover her full powers…and her true destiny.

Are you excited for Wonder Woman? What’d you think of the trailer? Sound off down below!