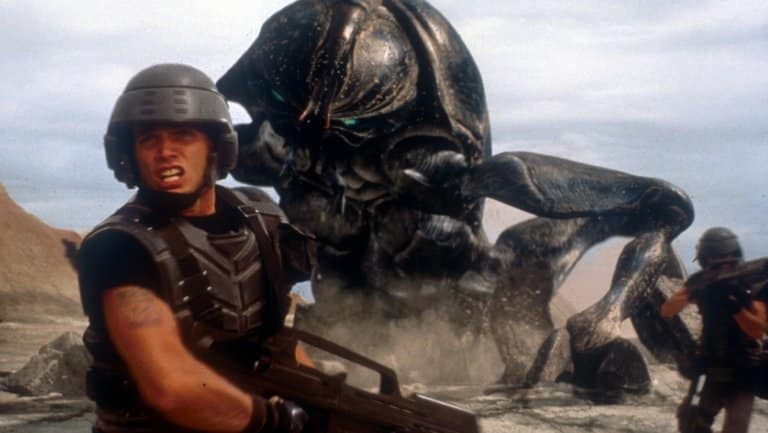 It’s with a heavy heart that I’m writing this article today to reveal that yet another classic is being ‘rebooted.’ Based on the sci-fi war novel by Robert A. Heinlein, Starship Troopers was brought to life by Paul Verhoeven in 1997 and although it was loosely based on the book, it was the perfect example of satirical filmmaking.

Well now it seems as if writers Mark Swift and Damian Shannon have been tapped to write the new script in which Columbia Pictures hope will be a new potential franchise. The pair have recently finished work on the Baywatch movie which is due to be released May 19th, 2017 and have been responsible for countless other scripts with their most notable being the 2009 remake, Friday the 13th.

Apparently the studio plans to stay closer to the source material and have confirmed that it will not be a remake. Producer Neal H. Moritz will be producing with Toby Jaffe and when you see the list of films they’ve been responsible for, well let’s just say it doesn’t look too good.

If one thing is for certain, however, it’ll certainly be interesting to see which direction they’ll go in as the original novel was well known for it’s strong military support and its fascist undertones. Whether or not they’ll go for a tongue and cheek approach remains to be seen.

Are you looking forward to this reboot? Who would you like to see in the directors chair? Were you a fan of any of the sequels to Paul Verhoeven’s classic? Sound off down below!