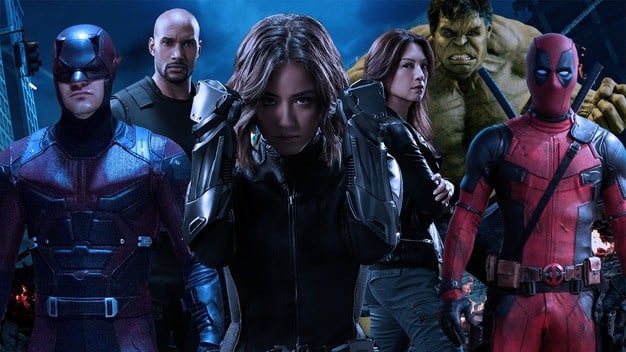 The Marvel Cinematic Universe has been growing for a number of years now and it’s no surprise that the fans would like to see the characters interact even more. The MCU has benefited greatly from films such as The Avengers and Captain America: Civil War where fans get to see all their favourite characters together to create something truly unique on the silver screen. Well now it seems as if Marvel President, Kevin Feige, would like to carry on with that tradition and team up more of his stars further down the line.

He recently spoke to Vulture where he was asked which unlikely team up he was looking forward to the most:

“There are so many, but I would say, both because of the characters and the actors who’ve created them, Doctor Strange and Tony Stark. Particularly in Infinity War and the movie after that, there are … unexpected team-ups.”

Now that’s a team up we’d all like to see!

The conversation then changed to the Russo’s next project, Avengers: Infinity War. Having enjoyed much success with Marvel so far and having worked closely with screenwriters Chris Markus and Steve McFeely, Feige went onto praise the screenwriters and the way they’re able to balance the vast amount of characters at their disposal:

“Well it’s about the screenplay and Chris Markus and Steve McFeely — out of everyone we’ve worked with — have a very deft hand with balance. There are a lot of characters in [the first] Captain America; there are a lot of characters in The Winter Soldier, and of course Civil War has as many as we’ve ever had, so it’s in very capable hands [when] it comes to divvying up the storylines in a way that services a primary narrative but [also] showcases many characters.”

To get a perfect balance between every character in the MCU is obviously unachievable considering the amount of characters the MCU has to offer, so it’s understandable that certain characters have had to take a step back. Feige briefly touched upon this problem by explaining how they have to be rigorous in certain situations:

“When outlining it we certainly had those conversations. I mean in the same way, that in Civil War not everyone has the same amount of scenes or lines, I think you can assume that with so many characters we’ll have to be as rigorous right? Where we say well these people will have sort of larger stories and these people will have smaller stories, and hopefully, they can flip in some cases. I know a few right off the top of my head that have a small part here and bigger part here.”

Before then however we’ll be seeing Thor and Hulk team up in Thor: Ragnarok which has been described as a buddy road movie. With Bruce Banner being teased as the break out star and Taika Waititi at the helm, one can surely expect to see something unique and wonderful. With a release date set for October 27, 2017 there’s just under a year to wait whilst The Avenger: Infinity War Part 1 will be released sometime in 2018.

Which Marvel characters would you like to see team up? Are you excited for Thor: Ragnarok? Sound off down below!