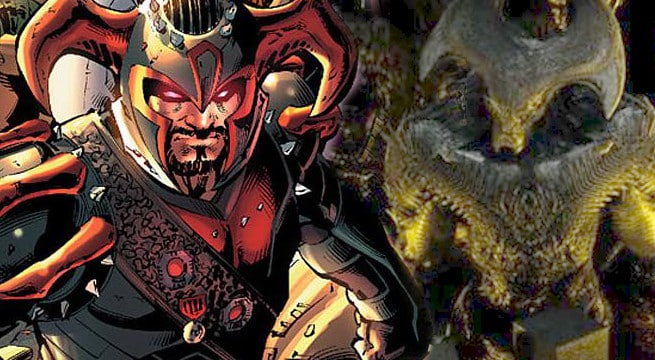 The League’s enemy has just been confirmed to be part of Darkseid’s Elite. The person who will be bringing the character to life is Game of Thrones‘ Mance Rayder himself.

Actor Ciaran Hinds has been reported to be cast as Steppenwolf, who will serve as the primary antagonist of next year’s Justice League. Production has just finished, but chances the confirmation wasn’t speculated sooner was because the character is all motion capture.

We’ve already seen Steppenwolf prior in his appearance in the Batman V Superman: Dawn of Justice Ultimate Cut, where the “mother boxes” shown before Lex Luthor are to him what the Infinity Gems are to Thanos, which may serve central to the plot of the Justice League film based on this quote from producer Charles Roven:

[Back] before there was a history … mankind, the Atlanteans — before they were under water — the Amazonians and, actually, the old gods, teamed together and decided that — based on an event that happened — these mother boxes were going to be placed in the care of, as I say, the Amazonians, mankind and the Atlanteans…so that allows us to get into some of those environments.

If you have trouble remembering the scene, there’s a clip released below:

Sources also claim his appearance in comparison to the scene will be slightly altered, giving a more “upgraded” look.