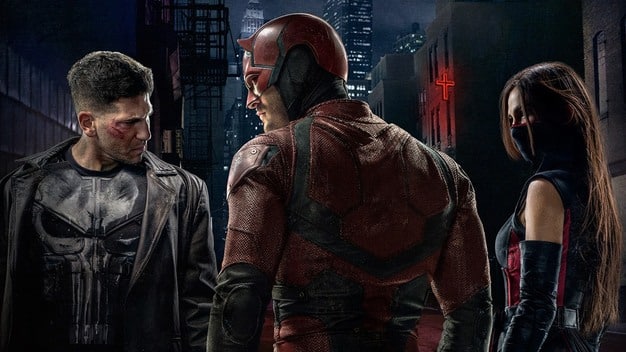 When it comes to getting attached to a Television series, it seems that inevitably, someone is going to get killed off. You aren’t sure when, but deep down you know it’s coming.

Maybe I should rephrase that.

When it comes to watching a dark and violent show, you know that eventually, a major death is coming. Could that be the case with a Marvel series, though?

While speaking at this past weekend’s Wizard World, in Pittsburgh, Daredevil star Charlie Cox made it a point to mention that no single character is safe on the show:

“I know that as a show, they don’t try to take storylines that are already written. We want to be our own thing. One of the reasons they killed Ben Urich, which was such a great shock for me, but the reason I think they do it because the people who love the show are great fans and have read the comics and we need them to know this is not a safe place and the drama is going to affect you as well. You don’t know what’s going to happen. If we kill Ben Urich, what does that mean? We could to anything potentially.”

Obviously, it’s very doubtful that any really major character would be killed off of the show. But it could happen. Daredevil? Punisher? Foggy? Highly doubtful. But Cox also did talk about how he wanted Bullseye on the show, which could potentially bring a couple of unexpected deaths – potentially: