Adam Sandler’s transition to Netflix has so far not been smooth sailing. Both The Ridiculous Six and The Do-Over looked surprisingly ok on paper, but the final products were both fairly awful. In both films, Sandler looked half-asleep, going from lackluster jokes to lame action setpieces without much effort.

With the third entry of Sandler’s Netflix deal, he is moving to a producer role with True Memoirs of an International Assassin. Starring Kevin James, the film follows Sam Larson, a writer who crafts a novel about a deadly assassin and his missions. When the publisher labels the book as nonfiction, he is thrusted into a deadly plot to assassinate the Venezuelan president.

While an improvement over the previous Sandler offerings, True Memoirs of an International Assassin is a painfully conventional action comedy, failing to add much new or exciting to a tired formula.

Credit is given where its due, as this film actually has a surprisingly decent opening. The mix of action to comedy works well, with Larson cleverly contemplating in which direction to take his character while writing. Kevin James actually does a fairly decent job in the leading role, with him being believable as an action star.

Unlike most of Sandler’s productions, there is some nice stylistic touches. Director Jeff Wadlow, most known for directing Kick-Ass 2, shoots his action setpieces with a fun sense of freneticism. While none of these moments are that mind-blowing, they are well-shot and fairly enjoyable to watch.

One quality I have to credit these Netflix productions for is having much more general competency than most of other Sandler’s films. The film checks all of the marks to satisfy making a simplistic movie, with a cohesive narrative and actual story development. As sad as that sounds, thats been something sorely missing in most Sandler productions. 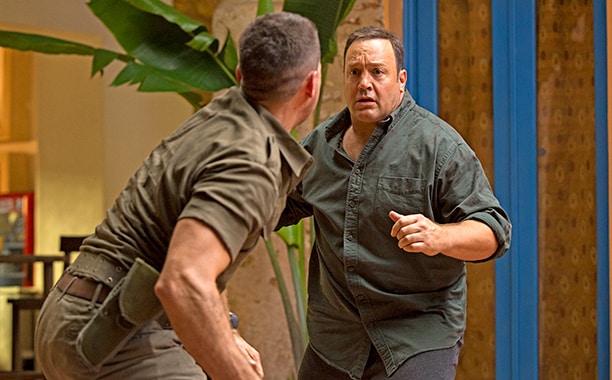 At the same time, the story here is painfully dull. Jeff Morris’ efforts are incredibly lackluster, with script quickly falling apart as soon as it gets into its main storyline. Every plot point here is painfully predictable, with the narrative hitting a lot of familiar beats. The set-up for the movie sounds fun on paper, its just a wasted opportunity.

True Memoirs of an International Assassin fails to garner much laughs. Thankfully the film does not have very many racial jokes, but replacing those are some extremely tired gags. This makes for a lot of the film’s comedy portions being a slog to get through, often times leaving me waiting for the next action bit.

True Memoirs of an International Assassin, while never awful, is about as mediocre as it gets. Netflix may be regretting the deal they made with Sandler, as these shockingly big-budgeted films are failing to inspire much interest.