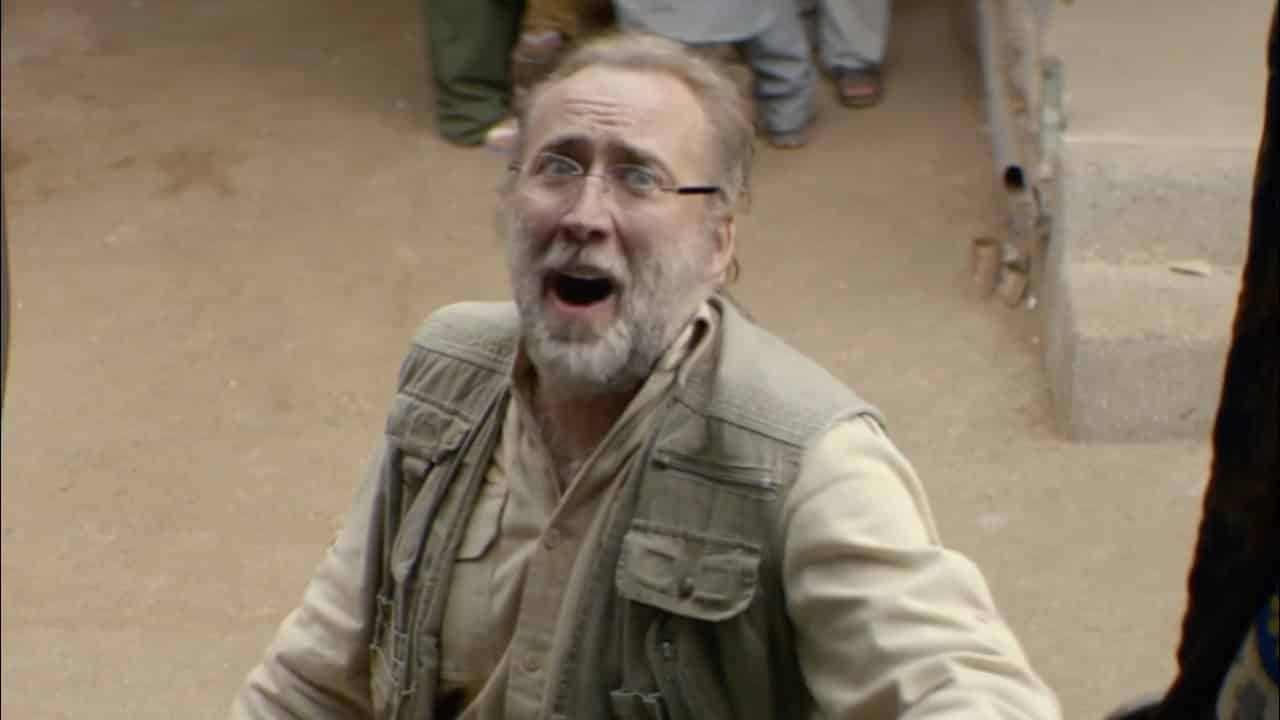 Nic Cage is one of the most interesting talents working today. Almost willing to take on any project thrown his way, Cage has made a career off giving a sincere effort with every film. While he has had his fair share of stinkers recently, he has also starred in some classics, and even has an Oscar to his name.

Cage’s latest low-budget project is Army of One, which may very well be his craziest project yet (which is saying something). Based on a true story, Cage plays an egotistical and eccentric man who is convinced he must capture Osama Bin Ladin after having a vision from God.

As usual, Cage gives a sincere effort, delving into an oddball character and delivering a fairly memorable performance. Aside from his performance and a few amusing moments, Army of One plays it a little too conventional to ever leave a lasting mark.

Credit is due to Cage however, whose dedication leads to a solid performance. Between his pony-tail and wild southern accent, Cage does a seamless job disappearing into the persona. Playing such a weird character, Cage has ample opportunities to go off the deep end and be his usual crazy-self.

That is where Army of One is at its best, when it lets its star truly let loose. Many of the film’s most entertaining moments come from Cage’s enthusiasm, with him getting a lot of laughs just from the way he delivers lines. This is one area where the script is actually decent, giving his American-loving character a lot of ignorant lines to spew.

Aside from Cage though, there is very little to recommend about Army of One. The film as a whole is very sporadic. Director Larry Charles, most known for his work on Borat, has never been one for making a cohesive narrative. There is very little development of the film’s bare bones synopsis, which is disappointing because of the potential.

With little plot development, much of the film also feels long-winded. Much of what’s here would make for a good short movie perhaps, but instead the film is stretching to meet its 90-minute length. After seeing Nicolas Cage going crazy a few times, there is very little to involve audiences.

While it’s nice to see something different from Cage, Army of One ultimately doesn’t have enough substance or laughs to be anything more than a late-night rental.