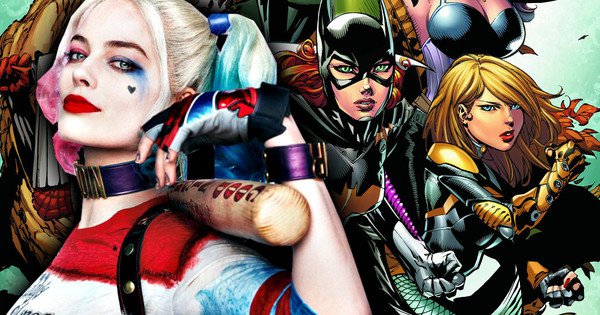 Margot Robbie‘s portrayal of the clown princess of crime has gained a great acclaim from comic fans and marketing (let’s think how many people dressed up as her during conventions and Halloween this year alone). It seems Harley’s next major appearance in the DC Cinematic Universe will be quite an ensemble cast much like her Suicide Squad debut, as a Birds of Prey film as just revealed itself as one of the next steps for Warner Bros.

The film was originally rumored to be a solo Harley Quinn film after announcements of the Harley Quinn actress herself and her production company LuckyChap Entertainment helping produce the then-unnamed film. If applying any comic or media knowledge from the title, Bird of Prey will revolve around the multitude of key female superheroes and villains of the Gotham side of DC Comics.

While details or even a plot are scarce for the time being, there are strong speculations that the likes of Catwoman, Black Canary, Batgirl and Poison Ivy will be introduced to the film.  It will certainly be a treat to finally get some familiar female characters on the silver screen again as well as new faces that had yet to be made into the films.

The film’s script is currently being penned by newcomer Christina Hodson, whose work credit has yet to show much to the public aside from her script for 2016’s Shut In with Naomi Watts and Oliver Platt. However, her three successful entries to the Black List of best screenplays that have yet to be filmed (which is where films like Juno and The Social Network happened to have been made), as well as becoming the new voice of the Transformers spin-off film Bumblebee (replacing the heavily-criticized Ehren Kruger, whose work has consistently been the writer of the franchise since Transformers 2: Revenge of the Fallen), the facts may line up to something promising for the future of the DCEU. Certainly not involving David S. Goyer is the first step to anything now.

Warner Bros. has yet to make an official statement on the matter, but updates will very likely be surfacing soon enough. Stay tuned.