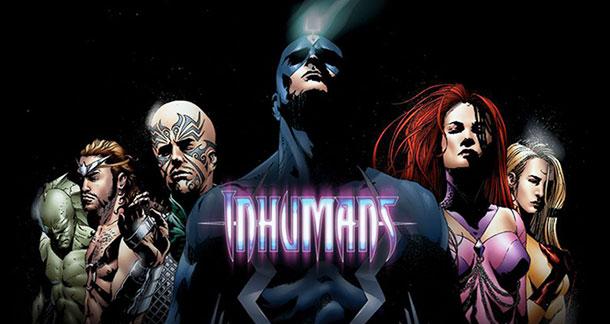 “Are you ready to see the Inhuman Royal Family on TV? You better get ready!”

These are the words of Joe Taraborelli, Marvel‘s Senior Communications Manager, announcing the debut of The Inhumans to the MCU, and in a very innovative manner to go along with it.

Created by Jack Kirby and Stan Lee, Black Bolt and his family were introduced in 1965’s Fantastic Four #45, and general Inhumans were introduced in Agents of S.H.I.E.L.D. as a media adaptation. Originally slated to be released as a November 2018 film, plans were set back and will now be airing as a live-action TV series on the ABC Network. But what really makes this explosive is the premiere itself.

It seems Marvel and IMAX has made a joint deal to air the first two episode as a feature movie entitled “Marvel’s The Inhumans”. While the series will be a weekly airing format, the distribution to make the first impression is certainly a unique way to introduce Black Bolt and company to the silver screen alongside the rest of the MCU, the first time IMAX has ever done something like this, let alone a television series in general. It’s quite the promotional stunt in the masses for a television series.

“This first-of-its-kind multi-platform production, distribution and marketing agreement brings together Marvel Television’s unique brand of entertainment, ABC’s unparalleled audience and IMAX’s brand and global fanboy demographic. It also takes our decades-long relationship with The Walt Disney Company to a whole new level, jointly breaking new ground in the industry. We are confident our exhibition partners will be excited to work with us on this innovative launch of a series across the IMAX network.”

The premiere is set to be in IMAX theaters on September 2017 and will be available worldwide for two consecutive weeks.

THE ROCK To Run For President In 2020?
Brock Lesnar and Bill Goldberg Finally Face Off on WWE Raw
Advertisement
Advertisement
To Top