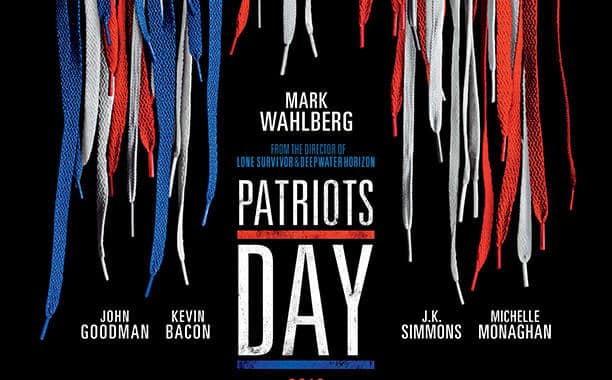 The team of Mark Wahlberg and Peter Berg have begun to make a trend of bringing heartbreaking true events to life on the big screen. First was Lone Survivor, which followed a SEAL team’s deadly fight for escape on a mission. Then this Fall we had Deepwater Horizon, showing the heroism of men trapped on an oil rig during a spill.

Now, the duo is back with Patriots Day, which recounts the deadly Boston Bombing as well as its aftermath. This is the first of two films capturing the events of the bombing, with David Gordon Green’s Stronger also set for release at some point. Check out the official trailer for Patriots Day, along with its official synopsis.

In the aftermath of an unspeakable attack, Police Sergeant Tommy Saunders (Mark Wahlberg) joins courageous survivors, first responders and investigators in a race against the clock to hunt down the bombers before they strike again. Weaving together the stories of Special Agent Richard DesLauriers (Kevin Bacon), Police Commissioner Ed Davis (John Goodman), Sergeant Jeffrey Pugliese (J.K. Simmons) and nurse Carol Saunders (Michelle Monaghan) this visceral and unflinching chronicle captures the suspense of one of the most sophisticated manhunts in law enforcement history and celebrates the strength of the people of Boston.

With the tragic event happening a mere three years ago, some may think a movie about the subject is exploration. As someone who lives in Massachusetts area, this story in particular does hit a nerve, as I remember clearly all of the the panic surrounding the day. Thankfully, it appears that Berg and company are giving this story the justice it deserves.

The trailer shows glimpses of the film, focusing on trying to repair in the aftermath through compassion and caring rather than violence. It captures how the city came together even at its darkest hour. I would not be shocked if Patriots Day is a dark horse Oscar candidate, with this story having the potential to impact audiences.