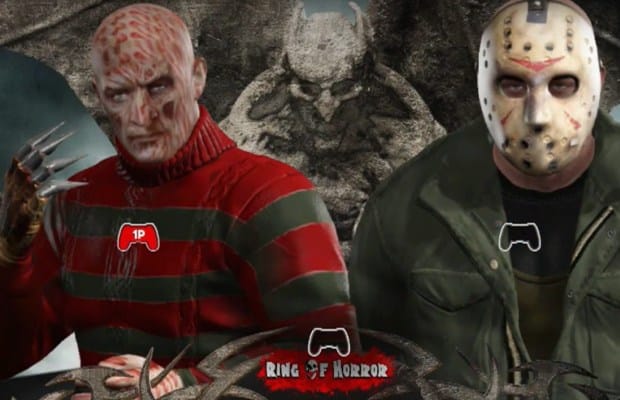 Sometimes fans can be a little more creative than the actual creators of the content they enjoy, and the upcoming game happens to be an example of such.

One fan decided to take the recently-released WWE 2K17 video game and used it to create his own federation made up entirely by horror movie icons.

Titled Ring of Horror, the federation was created using WWE 2K17’s community creations mode, which enables players to create their own superstars, title belts, shows, as well as arenas. Anthony Sketch, who came up with the federation, managed to tell Bloody-Disgusting a bit more about it.

The arena is custom made to fit the horror feel, and also has an interesting backstory.

The host of Ring Of Horror, Guile, is using the Necronomicon to bind them all to the arena, unable to kill each other, fighting for the entertainment of others. Currently nobody knows why, but people are too busy enjoying themselves to care.”

Excited? You should be. Check out the federation in the videos below: