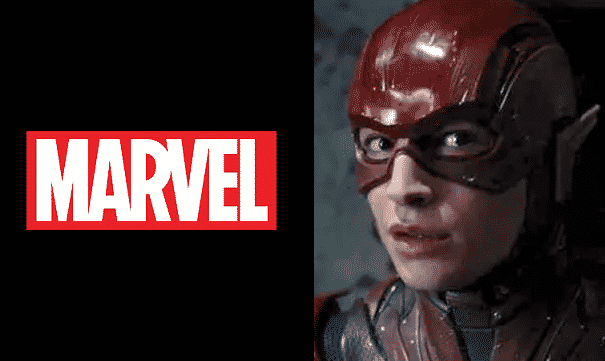 Erza Miller is pretty committed to his side of the playing team, as shown in a recent video interaction with a “fan”.

The Flash actor of the upcoming Justice League movie was out in public signing autographs on the red carpet to the UK premire of his latest film Fantastic Beasts and Where to Find Them. He was then offered a comic to sign in the form of Marvel’s Agents of S.H.I.E.L.D., to which he flat out refused to put his signature on.

He responded back to the individual:

“You understand why I can’t sign that, right? Find me something else, I’ll sign it. It’s so obvious that I can’t sign [that Marvel comic]. I’m sorry.”

When the individual tried to make a case that Justice League was part of Marvel, one could either feel either they were trolling Miller or just flat-out had no knowledge of the biggest rivarly in the comic book and film industry.  Still, maybe the fellow asking got into a worse Flashpoint Paradox than Flash himself in a world where Marvel‘s Jusitce League and DC‘s Avengers really did exist.

You can check out the video below: