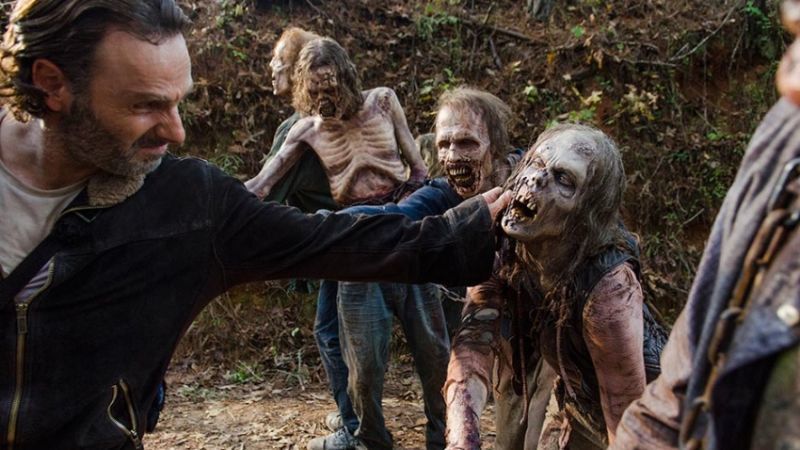 AMC’s The Walking Dead has become something of a phenomenon. It’s currently on its seventh season and shows no sign of losing the fanbase it currently has. With how much the show has going for it, the possibility of it someday making a theatrically released entry into the story isn’t too ridiculous a thought and showrunner Scott Gimple seems to agree.

Gimple, who has helped with the series since its second season was asked about this possibility in an interview with Comicbook.com.

In response, he stated:

“That question comes up every now and again. I’m sure one way or another, one day, it’ll happen. I think it would be cool.”

Gimple then joked about a potential reboot of the film with casting choices such as William Shatner as Rick, Edward James Olmos as Daryl and Matthew Fox as the Governor.

“Hit all the big shows!” he added.

Considering Hollywood’s huge fascination with remakes and reboots, that joke might sadly become reality years from now….let’s hope not.

Gimple’s jokes and my jabs at remakes/reboots aside, AMC has not confirmed the possibility of a big screen Walking Dead, so it’s all just speculation at this point. Still, if AMC were to ever consider making a full film based on the franchise, it wouldn’t be short on people wanting to go see it if The Walking Dead’s fanbase is anything to consider.