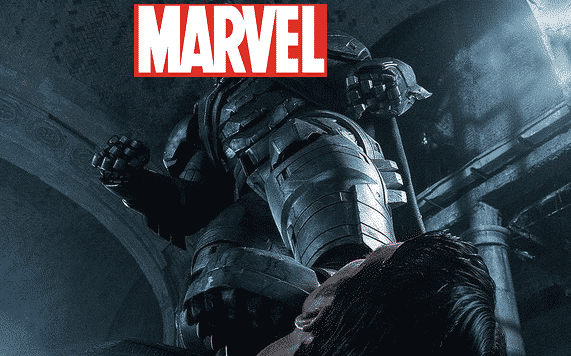 Batman v Superman: Dawn of Justice has already made enough splits of opinions of its general audience. Fans of the comics, professional film critics, even some of the bigger names of comic book films and movies making their own criticisms or defenses over the film.

Either way, as much good moments as it had, there were quite some bad ones to endure in the mixed bag. One of the most controversial brilliant/confound arguments regards the infamous “Martha” scene. While it’s anyone’s surprise why this connection wasn’t made before over the span of the comics, and that it served as an analogy of Batman realizing his own humanity and its appreciation of again, there was a very strong backlash over the execution of the scene fitting into the climactic end of the titular battle.

Marvel Comics themselves figured to make their own jab into current pop culture and let Uncanny X-Men Annual #1 do it. Everyone’s favorite luck-based X-Force mutant Domino is needed to infiltrate a military compound to put her extermination skills on a man hunting down mutants. During one moment, a pair of soldiers are having a conversation of a familiar topic, the first one citing to almost kill a victim until said victim shouted “Martha”, which turns out to also be the name of the soldier’s mother. Said chances worked in the victim’s favor as the soldier couldn’t kill the victim after such a relation. Soon after, Domino makes her silent kill on the two.

Don’t have the issue at hand? You can view the panel below, in all its DC-jabbing reference glory: 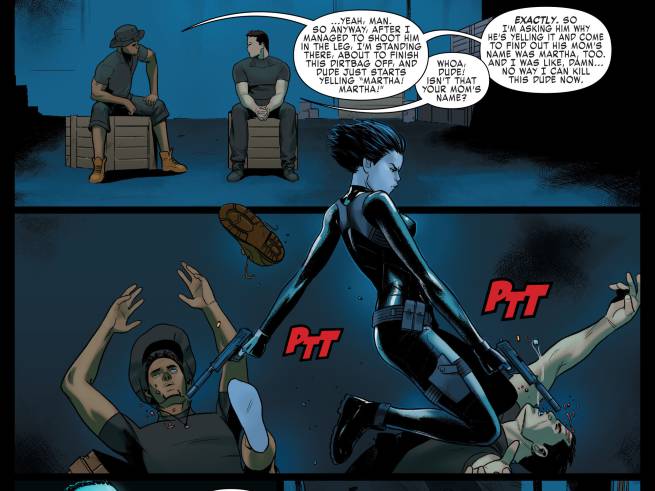 This isn’t the first time Marvel Comics attempted to bring up the issues with the film. June’s Spider-Man/Deadpool #6, a movie poster for “Nighthawk v. Hyperion: Yawn of Boredom” was a clear reference to the title and the concensus of the film audience. If it wasn’t any more obvious, the tagline included was “You won’t believe their mothers share a first name”.

Suppose Marvel doesn’t know when to let a joke die.

Review: Fantastic Beasts And Where To Find Them
Exclusive: Manu Bennett Reveals His Thoughts on Joe Manganiello Deathstroke Casting
Advertisement
To Top