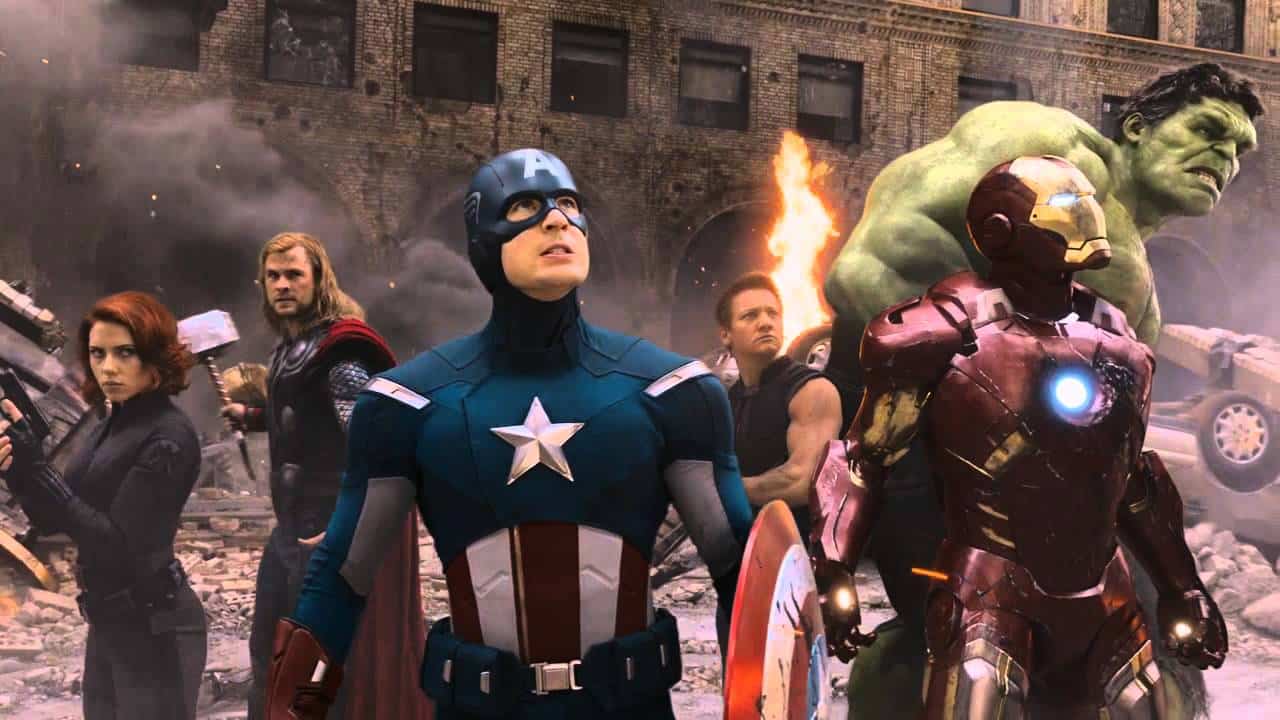 I’ve decided to begin my journey of Marvel film reviews with this movie, because it was the film that brought me into this universe. I was young and oblivious to Marvel’s plans for phase 1, until word came around that an Avengers film was to come that year. Of course, I studied up, watching all the necessary stand-alone films and learning about each and every character. Once the film hit the screens and had been showing for a week, I had already seen it three times (and would have happily made that four, if it weren’t for my embarrassing financial situation)

I think I must make it clear that I’m not (at least not for this film) just a mad nerd, fanatically driveling all of my reactions to the movie, because when I saw it I was essentially new to the Marvel universe. I had a mild interest in comics when I was younger, but I never really knew who the Avengers were. So after seeing this film, perhaps a fitting way of reviewing it is first of all by observing that it yanked me into the world of comics and superheroes, and after four brilliant years, I’m still here (and here to stay).

Joss Whedon managed to give almost every character (with the exception of Hawkeye) the entrance that best introduced them, for those that didn’t know them already. Hawkeye’s entrance is a bit naff, and didn’t really give him a bold first step in the Marvel cinematic universe – second, if you count his cameo in Thor. In his first scene they didn’t even say his full title, ‘Hawkeye’, which is a pretty poor considering some of the audience would be new to these characters. Come to think of it, superhero films, more so with DC, are generally quite reluctant to explicitly say the superhero’s name.

Regardless, I believe all the other characters were brought in quite nicely. Iron Man’s entrance reminded us of his humorous nature, Captain America’s brushed us up on his history, Black Widow’s demonstrated her skillset, Thor’s show cased his Godly power and Bruce Banner’s was just a wonder unto itself – but I’ll get to that later.

The brilliance of the film was that whilst Loki was threatening to unleash a merciless alien army over the Earth, we were all bursting to see the Avengers actually assemble. This allowed it to be less of a typical hero vs villain ordeal, as the most part of the film was seeing the heroes squabble and fight amongst themselves until finally uniting, in an action-packed, visually fantastic final sequence. The film managed to amalgamate punching, shooting and explosive action and a surprising amount of comedy into one thrilling ride. As the strange girl in the cinema behind me irritatingly said, ‘These films are just so great, because they’re like action films and comedies.’ We may have all been thinking it, but that didn’t suppress the overwhelming urge to turn around and throw my popcorn at her (I mean, seriously who talks during a film?).

For me, one of the best parts of the film was undoubtedly what Mark Ruffalo brought to the role of Bruce Banner/the Hulk. Not only were the visual effects for the Hulk much more obviously the actor that played him, but Ruffalo’s Bruce Banner was a far more accurate portrayal, compared to the previous two we’d seen. This time, we saw Bruce as the man that we would expect him to be, someone afraid of what he can do. Ruffalo convinced us that Banner was a scientist, a doctor, I mean even his mannerisms were spot on. Therefore once he loses control and turns into an enormous green rage monster, the contrast between the Hulk and Banner is made more clear. As I’ve already said, the Hulk’s visual effects were incredibly impressive, to the extent that I would probably believe someone if they had told me it was CCTV footage. An exaggeration or not, I will stand boldly by that comment, because I firmly believe this film brought by far the best version of the Hulk we’d seen, every way. 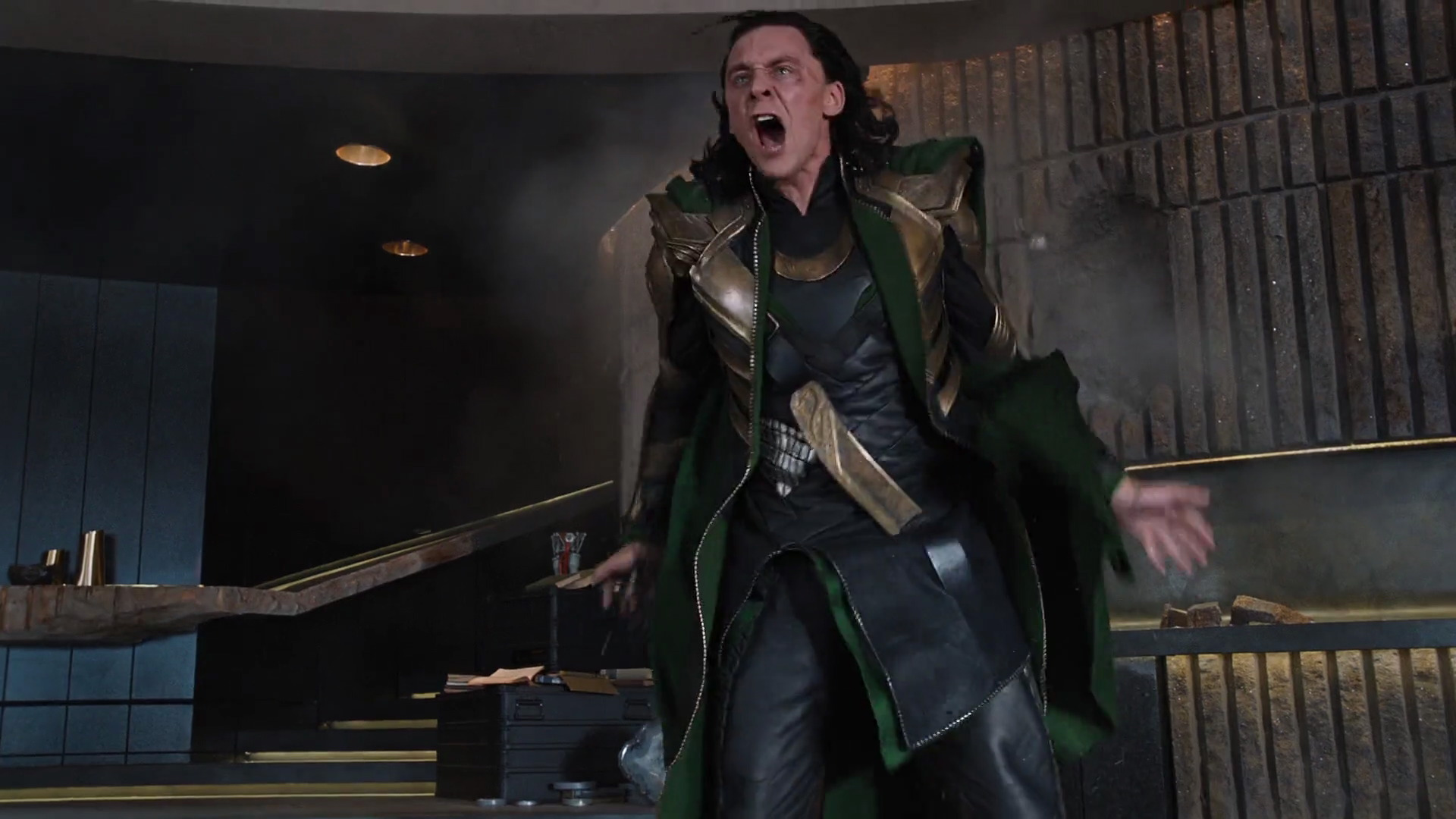 It would be a sin for me to not mention the film’s mischievous and sinister villain, Loki. Tom Hiddleston did yet another spot on characterization of a comic book classic. He was dark, evil, sly, vengeous and everything you’d want a villain to be, and somehow extremely likable – oh and, of course, British. Loki’s raging return in this film, after his debut in Thor, made his evil plot semi-justifiable, and if there’s anything we’d love to see in a superhero movie, it’s a justified villain. Loki just made the film such a joyful watch, as we were not only treated with an immense team up of heroes, but also blessed with a villain that we briefly tried not to, but shortly allowed ourselves to love.

Now it has to be said, Captain America had the most truly stupid-looking costume. It was a shame, after seeing quite an accurate and realistic version in Captain America: The First Avenger. The colors were bright and bold, with a mild resemblance of a clown. His helmet just looked utterly ridiculous, almost identical to the kid’s toy versions they were selling at the time. Unfortunately, Steve was right, the stars and stripes were more than a little old fashioned. At least we could take comfort in the fact that this would be the only film in which we would see this version of the costume.

As always, it was a pleasure to see Scarlett Johansson on screen, particularly with more exploration of her character. Robert Downey Jr.’s Iron Man was a joy to watch, delivering one-liners left, right and center, with some character development that would have implications on his personal journey after Avengers Assemble and into Iron Man 3. However, I found Hawkeye was inconsistently shown in this film. His skills are such fun to watch, and Whedon did manage to flaunt this, but he didn’t appear to have much substance as a character. Perhaps this was something to do with him being all misty-eyed and mind-controlled for most of the film. I don’t hold it against Marvel though, because they later redeemed themselves with Hawkeye’s far more charismatic return in Avengers: Age of Ultron.

Chris Hemsworth returned as Thor, with a lot more presence as the powerful hero he is, after his disappointingly weak debut in Thor. His first film spent far too much screen time with him left stranded and powerless on Earth, which was a bad first move for a hero who is supposedly a God. Nevertheless, his entrance in Avengers Assemble better introduced him as a character, and he was overall much better presented in this film, which was vital when he was so significantly tied up in the plot – the villain being Thor’s (adopted) brother and everything.

Avengers Assemble brought something new to the film industry, and particularly to superhero films, where a cinematic universe could be created in which heroes would have their own films, team-up films and an over-arching super evil plot. It was the beginning of an absolutely wonderful new cinematic comic universe, which is for the fans (oh, and also makes tons of money, so really we’re all helping each other).

Marvel set the bar extremely high for not only their own superhero films, but for all future superhero films. I remember thinking exactly what I think almost every time a new Marvel film is released now; Well how the hell are they gonna beat that? If only I could travel back in time and tell myself Oh, they will.