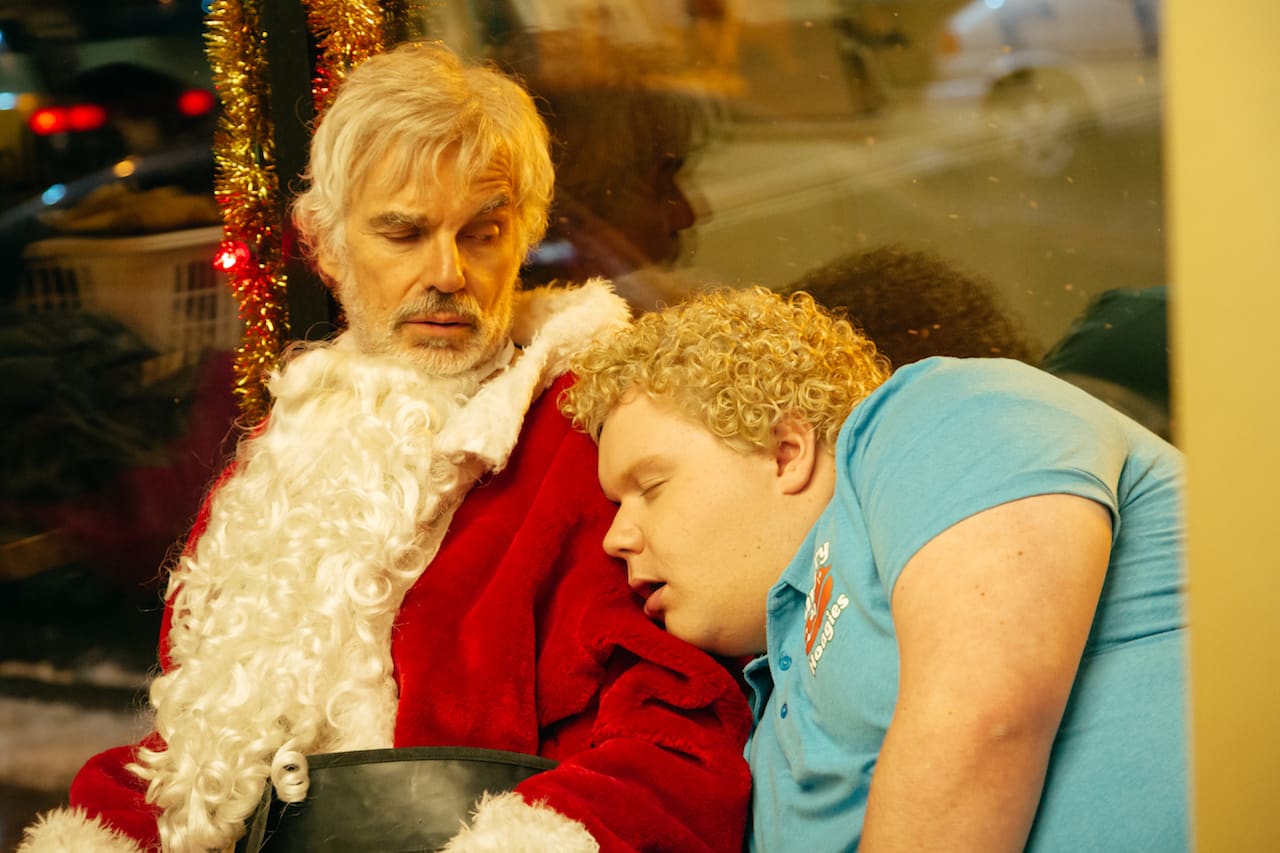 Out of all the well-known Christmas classics, Bad Santa has always been one of my favorites. It’s hilariously dark streak of comedy meshed with an oddball group of characters made for a hilarious and somewhat sweet film. After thirteen years, audiences are finally getting a sequel with Bad Santa 2.

With his life falling apart, Willie Soke is getting back into the game of heists when is former sidekick Marcus contacts him. If their biggest mission yet wasn’t enough, Willie and Marcus also must team up with Willie’s estranged mom Sunny to get the mission done.

On the surface, Bad Santa 2 looks like more of the same raunchy laughs as the original. Devoid of any laughs and joyless from start to finish, this is one of the year’s worst films, as well as one of the worst sequels I have ever seen.

Part of what made the original so funny was the presence of Billy Bob Thornton in the leading role. Here, Thornton appears to be sleepwalking through the part, not delivering any of the fire or energy he did in the original. The same could be said about co-star Tony Cox, who also just appears to be here for the paycheck.

Bad Santa 2 offers a bevy of new supporting players, but none of them have much to offer. Kathy Bates is usually a bottle of joy in most roles, but has very little to work with here. The same could be said about almost all of the female characters here, with Christina Hendricks and Jenny Zigrino being objects rather than characters. 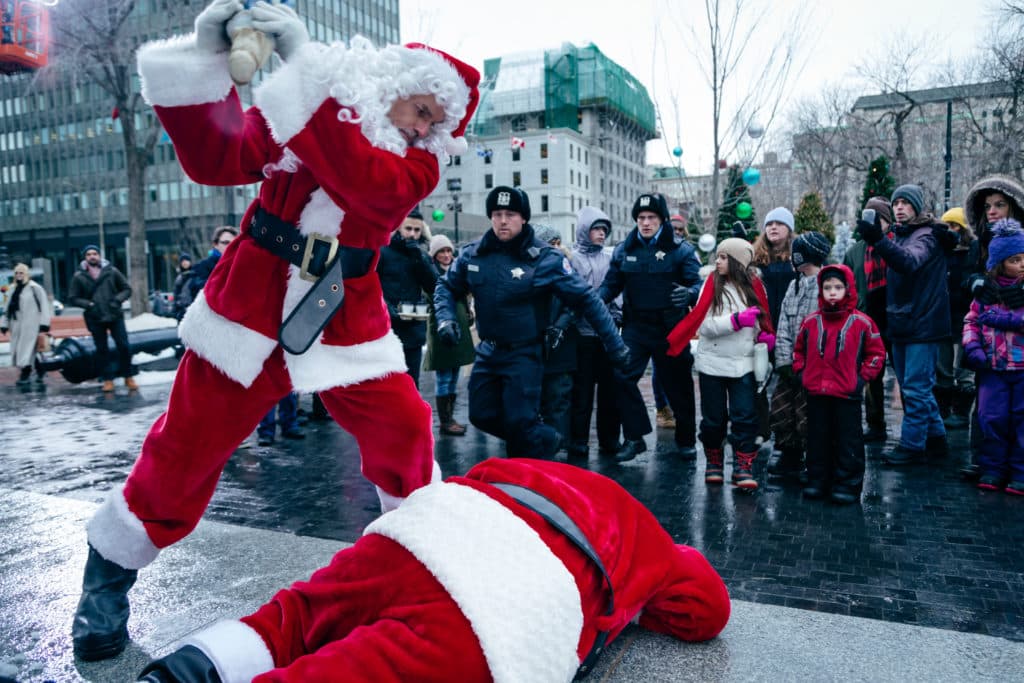 The notable change between this sequel and the original is the type of comedy. Bad Santa is a film that thrived from its dark comedy, going to some morbid places but in a clever way. Director Mark Waters (mostly known for Mean Girls) takes a very broad approach with the comedy, focusing most on vulgarity and sex jokes. This change is a major letdown, with this film not having any cleverness to make the jokes stand out.

Not only are the jokes more generic, but as well as the story. Scribes Shauna Cross and Johnny Rosenthal craft a story that is extremely formulaic, as one could set a timer for when each plot point. The ending tries to pull the rug out from under the audience with a third act twist, but its just stale and predictable.

Bad Santa 2 if anything shows just how impressive of an achievement the original is. Instead of handling its dark humor with some brains, this films witless efforts at jokes comes off as incredibly mean-spirited. Not only did I not laugh at all during this movie, but it just annoyed me from just how mean it was.

Bad Santa 2 is a crass, tasteless comedy that features none of the charm of the original. If you’re looking for a dark spin on the Christmas season, just rent the original.