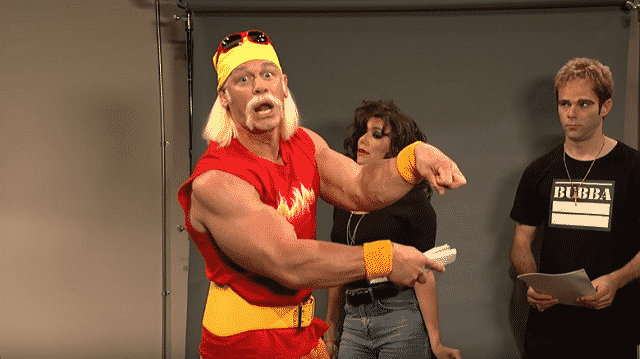 Saturday Night Live is well known for its diverse range of hosts and who better than John Cena to get the crowd popping.

Love him or hate him, one can’t deny how he’s always been able to get a reaction from the crowd and in recent years it seems as if Cena has started to broaden his horizons beyond the ring. One could say that we’re actually beginning to SEE John Cena in a whole new light.

Last year he starred in the highly successful Trainwreck alongside Amy Schumer, where he impressed audiences with his comedic acting and now it looks as if he could be branching out his comedic skills by hosting SNL on December 10th.

Cena is no stranger to hosting as he recently took centre stage to present the ESPY Awards, becoming the first professional wrestler to do so and has also been the main host for the first season of American Grit.

He recently took to Twitter to express his excitement in which he had this to say:

So incredibly honored & excited to host @nbcsnl on Dec. 10th. Can't wait to be live from NYC on a Saturday night!!https://t.co/rO0AWHLYUG

Having recently been missing from the WWE, Cena has been busy filming season 2 of American Grit for Fox network and has just finished filming The Wall which stars Aaron Taylor-Johnson and is set for release on March 10th, 2017. With his wrestling now taking a back step, it maybe a sign that John Cena will inevitably make the giant leap into Hollywood much like Dwayne Johnson and Dave Bautista have.

Are you excited for John Cena hosting Saturday Night Live? Or would you prefer to see him more in the WWE? Do you think he has a career in acting? Sound off down below!