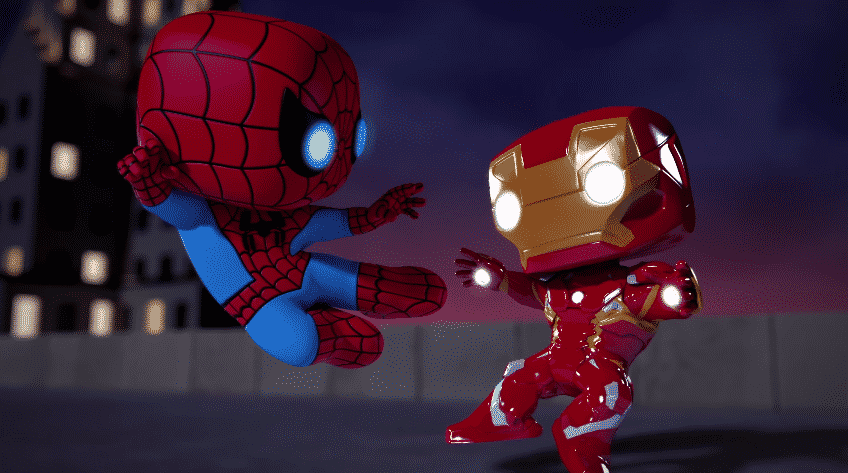 If you’ve ever been to a comic book store, chances are you’ll probably have seen a whole load of Funko Pop! Vinyl figures swarming every orifice of the shop. These collectible miniatures have taken the form of various characters across the entertainment industry in recent years ranging from comic book heroes, Disney princesses to popular television personalities – and there are no signs of the Funko invasion slowing down.

Well now, Funko have teamed up with Marvel Entertainment to create a handful of animated shorts that can be enjoyed by the whole family. Marvel’s senior vice president of animation and family entertainment, Cort Lane recently had this to say of their partnership:

“Telling Marvel stories in the Funko Pop! aesthetic is a special kind of magic unlike anything we’ve ever done. These shorts are both hilarious and action-packed — and irresistibly adorable too. Really, I think all audiences will love them.”

Funko’s Director of Marketing, Mark Robben also spoke of their new relationship with Marvel by adding:

“We are beyond excited to bring our Pop! Vinyl to life by collaborating with Marvel. We hope fans enjoy these short films as much as they do collecting Pop!, and hopefully we’ll be able to create many more.”

The first installment has been released which features Spider-Man, Iron Man and the villainous Loki in a short titled ‘Spellbound’ which as you can see, is a cute little oddity. With their unique look, it’s no surprise to see Funko branch out into animation territory as Lego have in recent years hit new heights thanks to a plethora of games, merchandise and films.

If you enjoyed that then you’ll be able to watch the next installment ‘Bait N Switch,’ which will feature Groot and Rocket from the Guardians of the Galaxy team, on December 7th. Then finally Deadpool and Venom will face off in another animated short titled ‘Chimichangas’ which will be online on December 14th.

What did you think of the short? Which other characters would you like to see in action? Do you collect Pop Vinyl’s? Sound off down below!