The Deadman may be set to make a long awaited return to Monday Night Raw.

Social media has recently gone wild after a picture which shows the The Undertaker and Kevin Dunn at the Frank Erwin Center in Austin, Texas has splattered the across the web. 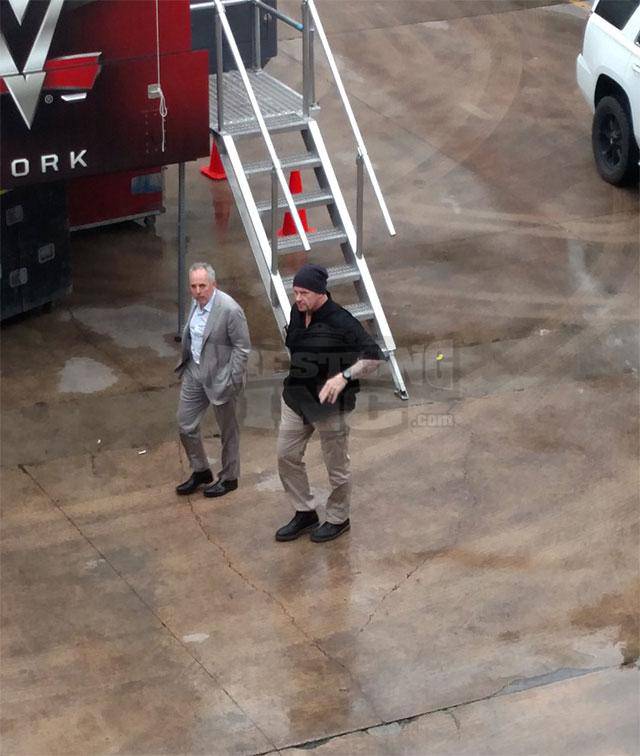 Now as many wrestling fans know, the veteran wrestler lives in the area so this might just be a friendly visit however after his appearance on Smackdown before Survivor Series and with rumors that he’ll be wrestling more dates in the forthcoming year, this could be a sign of great things to come for Undertaker fans.