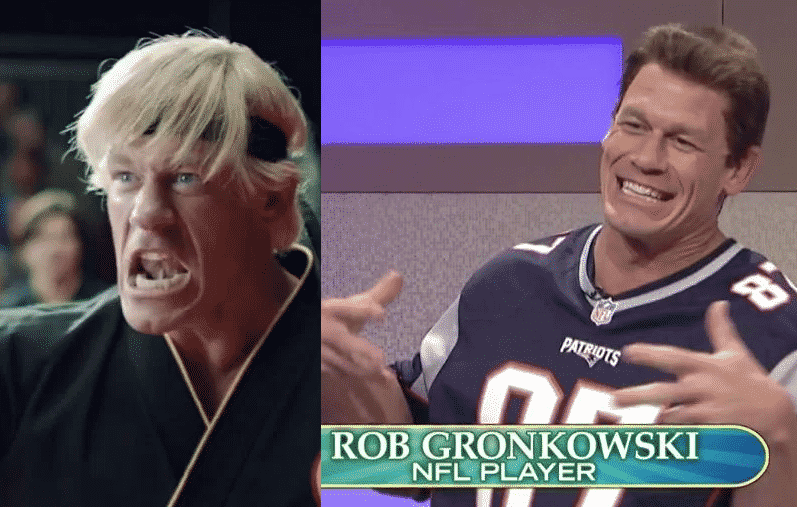 In case you didn’t see it – well, none of us TECHNICALLY saw it, John Cena hosted Saturday Night Live last night and definitely didn’t disappoint.

The wrestler had quite a few hilarious impressions including The Karate Kid and New England Patriots Tight End Rob Gronkowski. And while Cena may not have the acting range as someone like The Rock, he’s definitely better than a lot of other athletes that they’ve had on the show. For a wrestler who recently moved to part time with the WWE, he may have found his next career path.

For a show that most have pretty much forgot existed (except for Donald Trump apparently) the WWE superstar made it fun. Here are his best sketches from the night:

What did you think of John Cena’s performance on the show? Did you have trouble seeing him? Be sure to let us know in the comment section below!