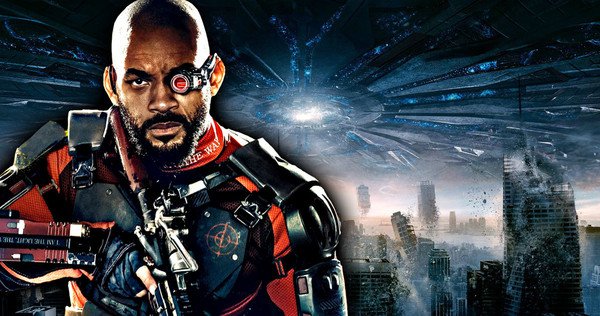 Will Smith, as we all know, appeared in this year’s Suicide Squad. The film received mixed reactions, but Will Smith’s Deadshot was undoubtedly one of the highlights.

Personally, when the trailer was released, I was curious as to why Will Smith was not to appear in Independence Day 2. As it happens, he has revealed himself that he faced a choice between the two.

He explained the choice during a Q&A recently at Facebook Headquarters:

“I had the two screenplays in front of me for the ‘Independence Day 2’ and for ‘Suicide Squad’. I had to choose between the two of those. Even the choice of going to ‘Suicide Squad’ — nothing about the qualities of the movie — but the choice of trying to go forward versus clinging and clawing backwards. I do want to aggressively go forward and do new things and create and hopefully be able to stumble upon a new heyday.”

Whether or not Independence Day 2 would have been more of a success with Will Smith involved is difficult to say. But, at face value, it appears he made the right decision. Had the tables been turned, and he chose Independance Day 2 (at the expense of Suicide Squad’s success), perhaps the opposite would be being said.

Raking in a disappointing $389.7 million worldwide, Independance Day 2 wasn’t considered a success, and generally didn’t impress critics. Suicide Squad, though controversial among critics, was a financial success, earning $745 million worldwide. This could be due to the fact that almost any film these days adapted from comic book characters generates a huge hype, or that fans simply wanted it to succeed, where they weren’t too bothered about an Independance Day sequel – particularly when the original did a great job on its own.

Suicide Squad is available on DVD and Blu-Ray now.