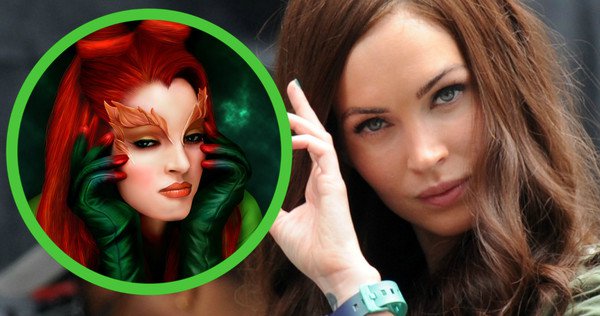 Rumors have been spreading all over the web since it was announced that David Ayer would be directing Gotham City Sirens. The film is going to star Margot Robbie back as Harley Quinn alongside villains Poison Ivy and Cat Woman.

And it seems that with all the rumors going around, Megan Fox may actually be cast as Poison Ivy – according to a new report from Bleeding Cool.

The site says Megan Fox has talked about being a comic lover before, and that she would like to play either Poison Ivy or Red Sonja.

Another clue is that she bought comic issues Harley Quinn #14, #17 and #38 which features the beginning for Harley Quinn and Poison Ivy’s relationship. And with the film set to feature that same story, Fox seems to be studying about the characters.

And, even more interesting, is that they were sent to her address on Warner Bros. property. It all just seems to add up in such a way that she may indeed be Poison Ivy.

What do you think of this casting choice? Be sure to sound off in the comment section below!