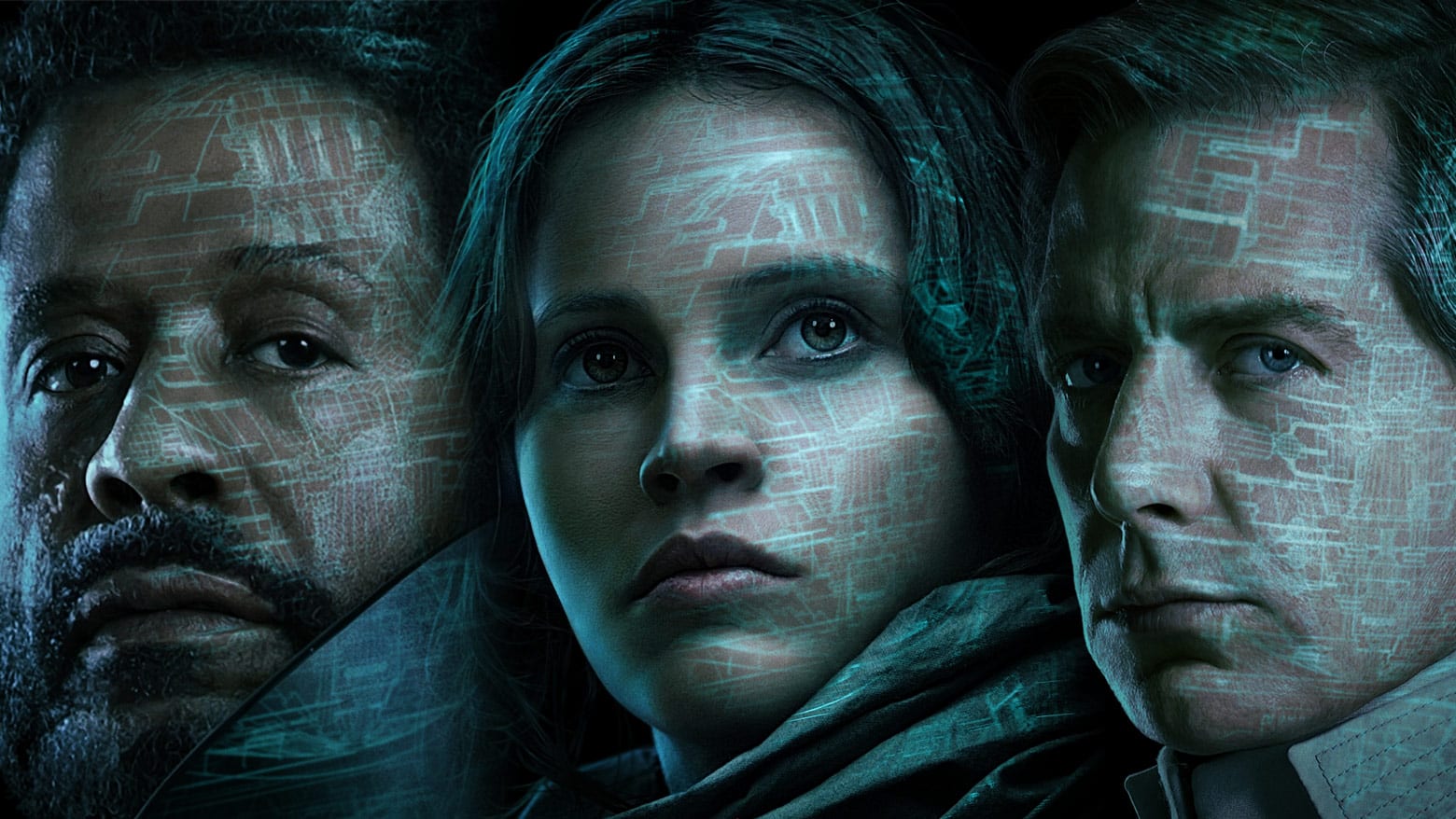 “I am one with the force. The force is one with me.”

The wait is over and the time has finally come upon us; Rouge One is here. Last year saw the start of the new Star Wars era with The Force Awakens and LucasFilms/Disney is keeping their promise by releasing a new Star Wars film once a year. Since this film focuses more on the rebellion side of this universe and less on the Jedi aspect that we know and love, many people were nervous that this film wouldn’t be a smash hit without that part. Well, nothing to worry about, folks. This movie was unbelievably amazing.

The story of this film follows Jyn Erso (Jones), daughter of the man that would help create the planet destroying power of the Death Star, Galen Erso (Mikkelsen). She  and a handful of rebels go on a suicide mission based on a hunch that may give the rebellion the upper hand they need against the Empire. It’s a simple heist film, but adds so much more to the mythos of Star Wars. In A New Hope, the efforts of the rebels to get the plans on how to destroy the Death Star are mentioned a few times in the first Star Wars film, but seeing it was something that was truly amazing. You already know where the story is going to go but, oh my god, it still gives you a gut punch right to the emotions.

The acting here has it’s ups and down but by the time you reach the climactic battle, you will be hooked. The two that stand out the most in the story and steal the film are characters that aren’t even real. The droid K-2SO (voiced by Tudyk) is like a snarky and unfiltered version of C-3PO that you will absolutely love. His joke delivery was on point and added the right amount of comedy that mixed well with the film.

Another example of amazing acting is a character that was played by a long dead actor. I really don’t want to spoil it but it was definitely worth mentioning. Coming in a close second place is Donnie Yen and Wen Jiang. The dynamic between the two characters worked so well that I want to see these two characters again in some other type of media.

Not all the acting was top notch and some of it even came off as uneven. Felicity Jones brought a different type of leading lady role from the previous films. She brought the reluctant hero trope to the table but tried too hard to add the emotional part of her character. Instead of being more like a person who has missed her mother and father, she looked more like a sad puppy dog. Ben Mendelsohn is a great actor in the many films and shows he’s been on, but for some reason his attempt to do a British accent made it seem like he had a mouth full of marbles. He should’ve just rocked his native Australian tongue for the role and it would’ve been another notch on his great acting career.

The action and special effects are just so god damn good. One scene in particular is when the Death Star is fired for the first time and a central location slowly gets reduced to ashes. It’s just looks spectacular. Many of the of the ground battle action set pieces worked perfectly with the aerial dog fights that were happening above the characters at the same time.

The last 30 minutes of the film are pure action and takes you on this wild ride that will leave you wanting more. I found myself just in pure awe at the level that this film was willing to go to keep the audience so invested in what was going on on screen that I applauded and had a strong urge to rush and watch A New Hope just to keep that excitement up.

There were so many great things that happened in this movie that as soon as the lights turned back on in the theater, I was ready to watch it all over again. Though we are with these characters for a short time, I felt myself tearing up in crucial scenes that put this film on a whole new level. Even the appearance of Darth Vader, which had been used in many ads, was given a great moment to show his power in a way that has only been seen very rarely in the previous films. He even cracks a joke that landed… Yep. Vader made me laugh.

Side note: This new era of Star Wars is really something when you watch these films and realize that the Storm-troopers are finally making their shots count. That deserve a slow applause.

So should you see this? Yes. Without hesitation and without doubt, this film was a knock out of the park and I would even go as far as to say that it might even be as good as The Empire Strikes Back. If not, it’s better than the Force Awakens. Oh yeah, I went there.