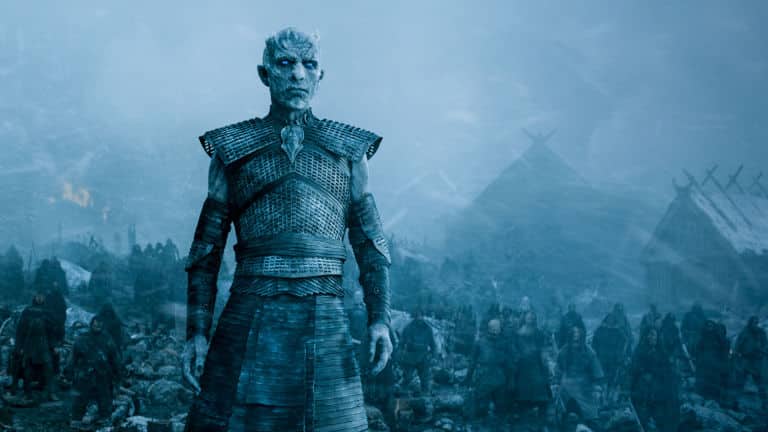 It’s hard to believe that Game of Thrones is almost reaching its end. It’s been a series that has kept us guessing at every turn and has genuinely made us fear for our favorite characters – unless you’ve read the books of course.

However, with Season 6 surpassing the novels, we’re now into uncharted territory where both sets of fans are now in the same boat.

Well now it seems that some potential spoilers have leaked online thanks to Watchers On The Wall who have recently revealed a few set pictures that show the evil Euron Greyjoy and his men in Kings Landing with a few notable prisoners. Yara Greyjoy (Gemma Whelan), Ellaria (Indira Varma) and Tyene Sand (Rosabell Laurenti Sellers) have all been captured from the looks of it and they all look a little worse for wear.

Check out the pictures here:

All of the pictures can be found at this link.

A couple of months ago it was reported that Euron and his army would be involved in a fierce sea battle in which he would come out victorious. Not only that but it was also rumored that at least one of the Sand Snakes would perish in the battle too. This will be disappointing news for fans of the books as one of the main complaints about the TV show is how poorly portrayed they have been thus far. Unfortunately it seems as if things won’t get any better for the Sand Snakes as they look to be potentially swept under the carpet by the end of season 7.

With Game of Thrones season 7 consisting of 7 episodes, fans will have to wait a little longer than usual as it’s expected to arrive sometime in mid 2017.

Are you excited for season 7? What’s been your favorite series so far? Are you disappointed in the way the Sand Snakes have been handled so far? Sound off down below!