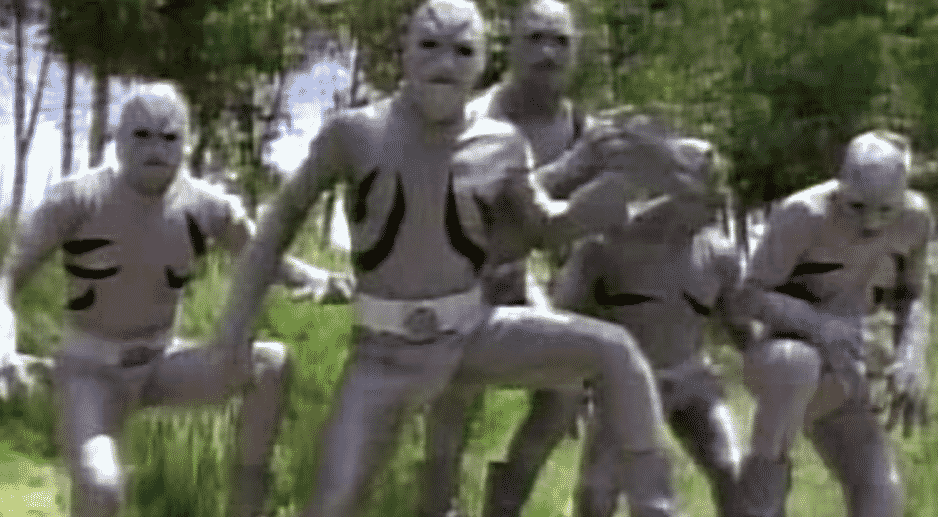 The upcoming Power Rangers film has slowly been showing off the designs of all the classic characters from the Rangers themselves to Rita Repulsa to Alpha 5. Typically, the studio reveals these designs online, but a recent reveal of toys based on the upcoming film may have revealed the design of another character….well, not really a character per se, but something Power Rangers fans may recognize.

Now with any big movie based on a popular and marketable brand, there comes a toyline for all the kids to enjoy. Recently, a bunch of pictures of the new toys were released. These toys are based on the Zords used by the Power Rangers. Along with each Zord is a small figure of the ranger that uses it. However, the Zord of the Pink Ranger comes with something else. Something fans believe to be the film’s design for the Putties.

Putties, for those who don’t know, are the grey henchmen of Power Rangers antagonist, Rita Repulsa. While it’s hard to tell from the picture itself, the figure appears to be grey with a very clay-like look to it. It has yet to be confirmed if this is, in fact, the design for the film’s version of the Putties, but it seems likely at this point.

Check out the pictures below:

What do you think of the new look? Be sure to sound off in the comment section below!