First Official Look At PENNYWISE In Upcoming IT Remake 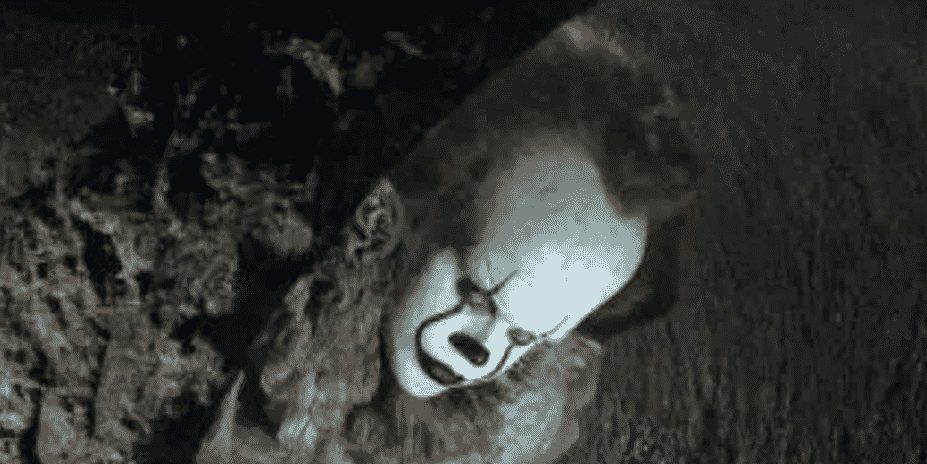 New Line Cinema has finally given us our first look at Pennywise in action. It’s a little different from the previously-released posters, as it’s from the actual film, so I think it’s worth examining.

Pennywise’s clothing seems to be made up of dark browns and grays that quite nicely match the sewer environment given. It all blends together and creates this sort of murky atmosphere.

Unfortunately I just can’t get behind the design itself. It’s a little too murky. The rendition played by Tim Curry in 1991 was really bright and colorful for a reason – he was meant to lure kids towards him, not immediately scare them away.

He’s supposed to be bright and happy, not unlike the bright end of an Anglerfish’s head which is used to lure small, unsuspecting fish.

It’s even how Stephen King described the clown in the original novel:

“…a cross between Ronald McDonald and that old TV clown, Bozo – or so he thought at first. It was the wild tufts of orange hair that brought such comparisons to mind. But later consideration had caused him to think the clown really looked like neither. The smile painted over the white pancake was red, not orange, and the eyes were a weird shiny silver. Contact lenses, perhaps… but a part of him thought then and continued to think that maybe the silver had been the real color of those eyes. He wore a baggy suit with big orange-pompom buttons; on his hands were cartoon gloves.”

The character is more akin to a cartoon character clown brought to life; not some ancient demonic harlequin. Maybe in spirit, perhaps, but on the outside he should be your average everyday clown. Just a little too bright, perhaps. Maybe cartoon like. And a little too happy.

We’ll see more of Pennywise as the film comes closer to release, so hopefully they’ll still incorporate some of those original depictions.