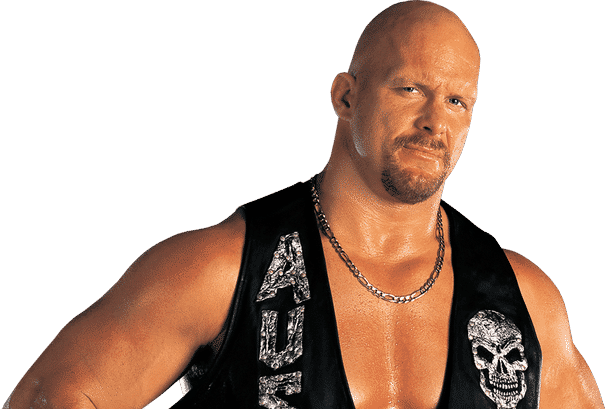 Stone Cold Steve Austin is one of the most iconic wrestlers to have ever competed in the wrestling industry. His antics in the ring won him fans from all over the world as he constantly stuck it to the man by delivering stunners left, right and centre all whilst chugging cans of beer. He was the blue collar worker that the everyday worker could relate to. His attitude was contagious, his swagger was menacing and his promos were always entertaining.

He is constantly recognized as the man who saved the WWE during the Attitude era and since his retirement fans have always asked the question as to whether or not he’d come back for just one more match. With wrestlers like Goldberg and The Rock having made appearances in the past couple of years it now seems as if Stone Cold has made up his mind on the matter.

On his most recent podcast of The Steve Austin Show-Unleashed! he answered a few questions concerning whether or not referees should be inducted into the WWE Hall of Fame, if wrestlers should be allowed more time off and if he has ever thought about returning to the ring. When answering if talent should be allowed a mandatory 4 week break period, he had this to say:

“Well, I’m not going to sit here and be an advocate for mandatory 4 week break period, but I think it would be a pretty good idea to give the guys and gals a little bit of a break to step in there and take a load off of them to allow them to chill for a bit. Whether it’s to give them 4 weeks solid, or 2 weeks here and 2 weeks there; you know, the business of pro wrestling, or sports entertainment–whatever you want to call it, it’s a grind, and those men and women are working their a**es off, and sometimes when I look back on the way I was running–pretty damn fast. If I had a little stop down there, would have been pretty cool, but you never are going to get one of the boys or girls to say, hey man, go see the old man [Vince McMahon], I’m burned out. Vince McMahon is a workaholic, he sleeps 4 hours a night. The last thing that you want to tell the old man is that you are burned out–you need a break. Triple H was a road warrior too. I know he’s taken on more of a role there. Working with talent, and the Head of Talent, so, Triple H was a road warrior. He wasn’t a drinker, he was in the gym, he studied the business, so he’s not a burned out guy either, and that guy had a high work ethic before he got into the business. He started sitting side by side with Vince, so he’s a lifer in the business, and a high work ethic guy, so when you say burned out, I know he’s just going to look at you with that look like you’re just not cut out for this. That is a great idea; the company would have to implement that because you’re not going to get too many people to say that. Now, there is always that arbitrary knucklehead who will say that, but usually when they do, that is when their push comes to an abrupt stop.”

He then went onto talk about legendary referee, Earl Hebner and whether or not he should be inducted into the WWE Hall of Fame:

And finally he talked about whether or not he’d ever make a return into the squared ring for one more match:

“I’m 52, and I get these emails all the time asking why I don’t come back. They’ll say, so and so did it. Goldberg did it, and you know what, I’m happy for all my friends that are making comebacks. Bill [Goldberg] going in and beating Brock Lesnar was awesome, setting it up for Wrestlemania 33 in Orlando, but I’m not making no comeback. I had someone cuss me out on the email the other day saying that they hated my guts because I wouldn’t do it a comeback, but listen, I’m done. I road off into the sunset in 2003, whenever it was, after Wrestlemania 19; came back for a couple of appearances, but I’m done, and I’m happy being done, and I don’t want the pressure of having another match on my shoulders, because I don’t have to have another match because I’m satisfied with the career that I had. I appreciate everyone that had supported my career. Pro Wrestling has springboarded every endeavor that I am involved in right now, and I love the business, and the WWE and all the organizations that I work for, but man, I’m done. It’s like when we did that last DVD, but I’m enjoying my time outdoors, and the things I want to spend my time with right now that I am passionate about, like learning how to do Long-Range Shooting for example. I’m working on stuff that I want to do and I really don’t want to go back to the business. The wrestling business is now for the younger generation that is in there right now, and you do it for as long as you can, and you then ride off into the sunset and adjust accordingly. I’ve adjusted accordingly. I have so many great memories of the wrestling business. I’ve worked real hard to get to the top, and how many flukes and breaks to have happened that had allowed me to have the success that I did. For the Goldberg and everyone else that wants to make a comeback, man, I sit there and watch, and I am cheering for them, and wanting to see great matches, and wanting people to cheer for them, and like them, but I’m done brother, I really am. I’m happy that I am done because I’m happy with where I am at right now in my life. I’m done, I don’t need a comeback; end of story.”

This is hardly surprising considering how vocal he has been about not wanting to return in a competitive format since his retirement. After years of wrestling and having suffered substantial injuries during his long career, it’s no surprise that Steve Austin is more than happy to get on with his hobbies outside of the WWE. Although fans would love to see him come back, it seems as if we’ll have to just keep on dreaming.

If Stone Cold did return, who would you like to see him wrestle? What was your favorite Stone Cold moment? Sound off down below!