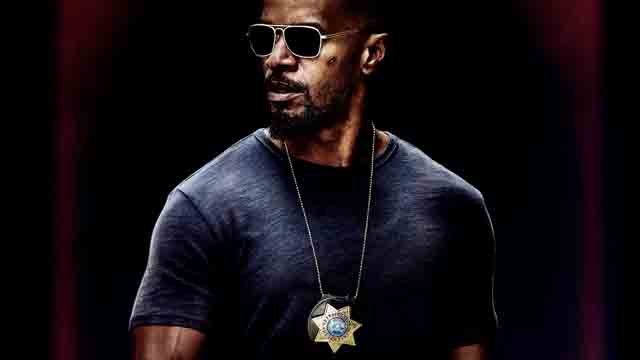 As far as the film calendar goes, there is no month more dreaded than January. A time of year that promises a fresh slate for many is a dumping ground for films. The month features either movies that studios have delayed several time or just ones they are unceremoniously dumping into theaters.

On paper, Sleepless appears to be no different. Featuring a minmal marketing effort and no critic screenings, the writing on the wall for this flick was not good. The film follows Vincent Downs (Jaime Foxx), a cop who is put in a tough position when his son his kidnapped.

Just like every other January film, Sleepless is scoring fairly weak reviews from critics and audiences. Despite that, I am happy to say this film was a fairly enjoyable actioner that makes use of its game cast and engaging narrative.

Sleepless, for better and for worse, is a movie that knows exactly what it wants to be. Its ambitions aren’t very high, but its a film that is able to achieve those modest goals. What it lacks in complexity it makes up for in effort, with everyone involved giving a sincere effort.

The cast assembled here is a group of solid veteran actors. Jaime Foxx gives a movie star performance here, being quite dynamic in the leading role. Michelle Monaghan is always good, brining a toughness in a role as a federal agent. David Harbour, Dermot Mulroney, Gabrielle Union, and Scott McNairy are also quite good.

Sleepless impresses in quite a few technical areas. Director Baran bo Odar does a good job shooting action set pieces, with the fist fights in particular having a sense of energy. I was impressed with all these set pieces being equal parts entertaining and realistic, with nothing being too insane to believe. Unlike most action films, this movie actually has an engaging story. There are certainly a lot of moving pieces here, with scribe Andrea Berloff crafting a film that has a lot going on. All these connected pieces are actually organized well, and makes a fun web of relationships that is full of twist and turns. It may not be the most original narrative, but it hooked me in from start to finish.

This is far from a perfect film though, suffering from a lot of the problems that has plagued other entries in the genre. While the narrative is fun, Berloff’s script can get a bit too silly sometimes. Characters make some fairly stupid decisions in order to best fit the narrative, and that can often times be quite silly.

What hurts the most here is the lack of personality Sleepless has across the board. Much of this film’s style mimics other more successful action films, with the John Wick influence being clear from the start. The performances are quite good, but these character types we have seen done dozens of times before. The lack of personality makes the film feel somewhat slight and forgettable in comparison to superior actioners.

Sleepless will not win over detractors of the action film genre, but its a slick and entertaining entry in the genre. For a January release, that is all I could ask for.