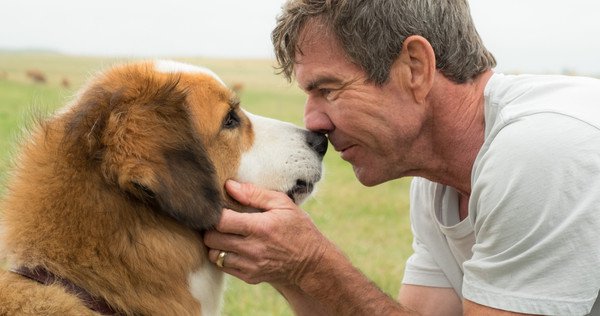 The upcoming movie “A Dog’s Purpose” is meant to be a heartwarming tale of a dog’s soul being reincarnated several times as he tries to find his way back to his original human. It’s about the eternal love and loyalty of our beloved canine friends.

That loyalty is often repaid with neglect and indifference. Many dogs (and pretty much every other species imaginable) are mistreated by humans on a regular basis. It’s a depressing and frustrating fact – we can’t seem to stop abuse as fast as it’s happening.

But a dog on a film set should be safe, right? There are professional handlers, Humane Society representatives, and others on hand to look after the innocent creature’s welfare. We’ve all seen the disclaimer at the end of pretty much every movie: “No animals were harmed in the making of this film.” And we trust that it’s true.

Not this time. Sadly, the very movie meant to tug at our canine-loving heartstrings is now being accused of animal abuse. The allegation stems from this video from the set. It shows a terrified German Shepherd being forced into rushing water to film a rescue scene. The frightened dog is struggling and clawing to get away from the churning pool, but the “trainer” pushes him in anyway. The dog’s head immediately goes under, and he fights to get back out of the water.

Director Lasse Hallstrom was said to be on set the entire time, as well as a Humane Society representative, who has reportedly been suspended. Universal issued the following statement: “Fostering a safe environment and ensuring the ethical treatment of our animal actors was of the utmost importance to those involved in making this film, and we will look into the circumstances surrounding this video.”

Soapbox time. I call bullshit. What’s to “look into?’ The abuse is clear as day, right there on digital. And the fact that no one there seems shocked by it speaks volumes. Forcing fearful animals into dangerous situations is NEVER okay. But it’s clear that this isn’t the first time it’s happened on a film set. Human greed and indifference cannot be allowed to continue to harm those who can’t speak up to defend themselves.

The dog made it out safely in this instance. But, if this behavior is condoned on film sets, who’s to say the next animal involved will be so lucky? We owe man’s best friend much better treatment than this.