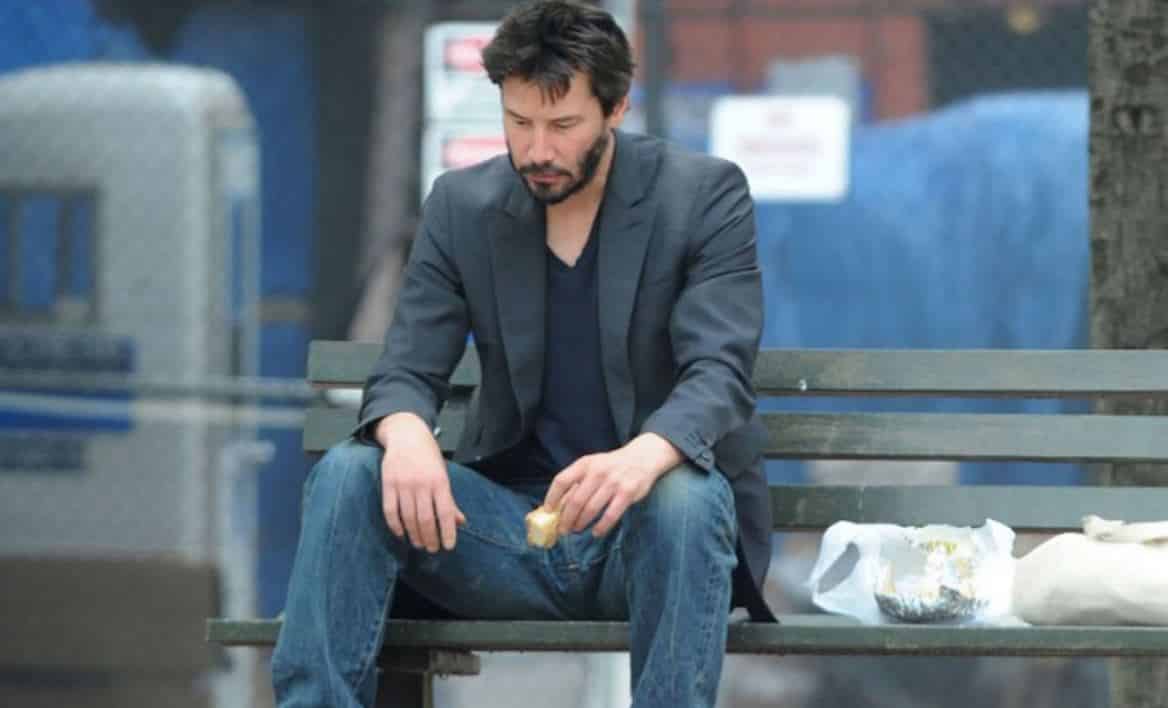 We’ve all seen the “Sad Keanu” memes. But what you may not know is how incredibly tragic the actor’s life has really been. YouTube channel BrightVibes has put together a video detailing just a few of the many devastating events Keanu Reeves has endured over the years.

He was abandoned by his father at the age of three. His mother moved them around a lot, causing him to attend multiple schools and never make lasting friendships. His education was also hindered by his dyslexia, a disorder which makes reading difficult because the eyes do not perceive letters in their correct order.

However, he overcame these obstacles and made his way to Hollywood. There, he finally formed a lasting friendship with fellow actor River Phoenix. Sadly, Phoenix died of an overdose at the age of 23. Reeves still misses his dear friend, whom he considered a brother.

In 1998, he met and fell in love with Jennifer Syme. A year later, the couple were expecting a daughter. Tragically, the baby was stillborn. The heartbreak eventually drove the pair apart, and Jennifer died in a car accident shortly after. Many believe this to be the reason he hasn’t been connected romantically with anyone since (although he is very private about his personal life).

Keanu calls his younger sister, Kim, his best friend. She was diagnosed with leukemia, and endured a long battle with the cancer before eventually beating it. Ever since, Reeves donates a percentage of his salary to leukemia research, including 70% of his paycheck from “The Matrix.”

Today, Keanu Reeves can often be seen walking the streets of L.A., or on the New York subway. He owns modest homes, and travels with no entourage or bodyguards. Fans who see him in public say he is always gracious when approached, although many choose not to bother him out of respect for the melancholy that always seems to surround him.

We hope that his recent career resurgence has brought him a bit of happiness. John Wick was a massive hit, and the sequel premieres next week. He’s also just signed on for a romantic thriller, “Siberia.” *Update* John Wick 3 is here this week, and it’s a massive hit as well.

While I don’t generally give much thought to celebrities’ personal lives, I genuinely hope that he has found, or will soon find, love and happiness again. He deserves it. And who wouldn’t love some “Happy Keanu” memes? 😉

Does knowing all this change your opinion of the actor? Tell us your thoughts in the comments below.

Continue Reading
You may also like...
Related Topics:Keanu Reeves